'It's custard, Richard' – the greatest complaint ever?

I was never a huge fan of custard as a child. I still don’t like it an awful lot; probably because my only real run-ins with it were at school where we were treated to lovely made-from-mass-catering-quality ‘just add water’ custard power.

It seems like I am a day or two late on the reporting of this gem, but it turns out that Richard Branson, the Virgin Atlantic/Galactic/Radio/Music/Hot Air Ballooning owner/CEO may have received the greatest letter of complaint of all time from someone that obviously dislikes custard even more than me. Read it!

My favourite paragraph has to be: 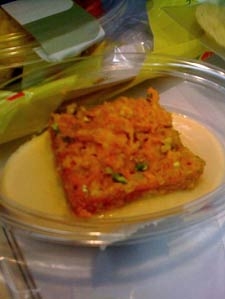 “I know it looks like a baaji but it’s in custard Richard, custard. It must be the pudding. Well you’ll be fascinated to hear that it wasn’t custard. It was a sour gel with a clear oil on top. It’s only redeeming feature was that it managed to be so alien to my palette that it took away the taste of the curry emanating from our miscellaneous central cuboid of beige matter.”

If that hasn’t enticed you to read the entire letter, I don’t know what will. So I’ll just move on to another topic: Obama. I know I know… but he really is THE hot topic right now, so I feel I must try to give him suitable coverage. I was given this awesome link: A 1474 Megapixel Photo of the Inaugural Address. This guy has glued 220 photos together to form a monstrous 59,783 X 24,658 pixel image of the speech. Go and play around with it — you can zoom in on someone that must be almost a mile away. Zoom in on the office block in the middle of the image and you can see people up there, watching the event!

If you zoom in REALLY close you can see this: 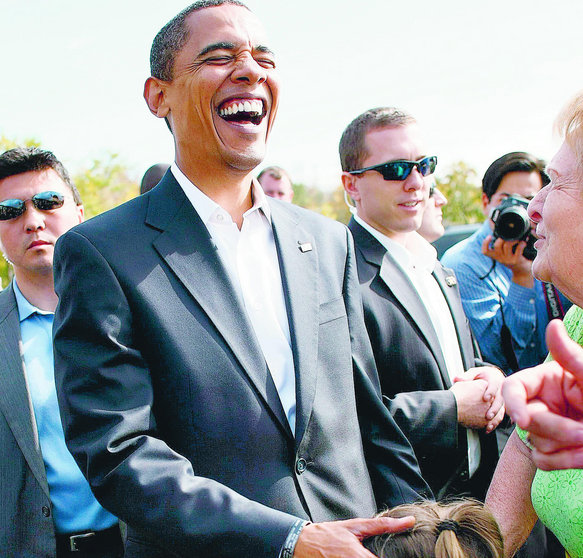 Okay, I’m just kidding, that’s a totally unrelated photo from some other event. I don’t know what event, and I don’t care to guess, but I’m sure it was a fun time for all involved. Except the kid.

I jest, I jest. I’m sure he’s never even thought about sexual relations with that woman. This guy is so squeaky clean; as clean as morning dew. This modern-day pariah is so revered, and speaks so well, that he’s even being used to teach the Japanese English.

These kids are memorising his quotes! And repeating them to their teachers, to improve their pronunciation! Perhaps I should try sounding like him; he does seem to be widely accepted as one of the finest orators of our time. Linguistic experts do seem to agree that he borrows heavily from devices used by other famous speakers, like Kennedy and especially Martin Luther King. Something about those measured cadences… He’s so… believable.

Now that I’m on to the topic of oratory and speaking in general, I can finally squeeze in a bit about one of my own personal favourites — William Shatner. I’m not sure if he’s a Sir, but he probably should be. Or at least if I met him, I’d refer to him as Sir. Or Master. Anyway, this guy is a self-confessed master at measured speaking. Other people say so too, but I think he himself is his biggest supporter. This guy has a truly epic ego: “I’ve become even more popular than I was playing Captain Kirk. I’m good box office and I get publicity” he said that after being quizzed about not being in the up-coming Star Trek movie in May.

Anyway, the fact of the matter is, even if you hate his style, he was the star of possibly one of the finest (and hilarious) music performances of all time: The 1978 dramatic reading of Elton John’s Rocket Man:

Hold onto your paddle; the world's up shit creek

Forgive me, for I have waffled
The Penis Monologues