Apostrophe's and other tricky grammatical issue's

On the dingy, grey streets of Birmingham the Queen’s English is now… the Queens English. You heard me. A recent ruling by the Birmingham City Council has ruled that apostrophe’s will be outlawed on all new signs. St Paul’s Square? Its now St Pauls Square.

The president of the Apostrophe Protection Society (no, I’m not making it up, it was formed in 2001, in Boston) described it as ‘absolute defeatism’. I’d describe it as apathetical abject horror. Complete dissolution of everything that our imperialistic forefathers stood for! They didn’t fight back the French time and time again or push the Vikings from our lands so that we could… give up the fight and give in to illiteracy and pedanticism. If you’re a pedant wondering if I just made up that word — maybe I did, maybe I didn’t.

The council said the move had been taken for the purposes of consistency and to avoid costs and confusion over whether place names should ever take an apostrophe.

Apparently people have actually been sending in letters to the council to ask if Druid’s Grove once belonged to a Druid. Now there’ll be no ambiguity: it’s a grove for lots of druids. Birmingham City Council has decreed it, and thus it shall forever be. Wonderful.

Apostrophe’s have long been a bone of contention all over the English-speaking world (do other languages use them to denote possession like us? Or just elision? Wiki knows all!) The problem is: they require a certain level of literacy to be used correctly — not a vast level, but certainly some literacy. Grocery store owners, market sellers and other workers that are unlikely to be school-educated are notoriously bad at placing the apostrophe correctly — check these out: 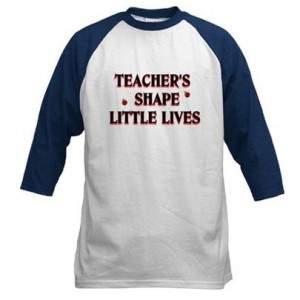 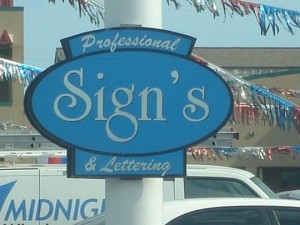 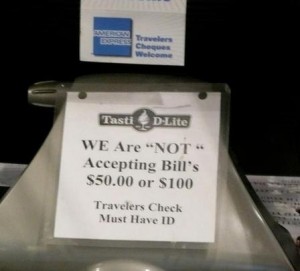 The last one is all kind’s of wrong — it features extraneous and sorely lacking apostrophes AND misuse of quotation marks (there’s a gallery for misused quotation marks, if that’s your kind of thing).

This rampant militarism for and against the apostrophe is nothing new though. While taking it a bit too far, there’s even a site dedicated to killing the apostrophe. On the other, slightly more moderate hand, fighting the cause of the noble and functional apostrophe there’s Eats, Shoots & Leaves, a book which all of you should read (especially the bloggers out there that like to really nail their grammar use). Also on our side — and I assume you are all on my side –  are the lovely AAAA — Americans Against Apostrophe Abuse — although it looks like their site hasn’t been updated since 2005. Maybe I should pick up the battle standard, sound my horn and beat the drum’s of waaaar!

Sadly this is just one more nail in the coffin for our lovely language. If English teachers in Birmingham thought they had it bad with the increase in illiteracy caused by ‘netspeak’ (incidentally, by far the easiest way to tell if the person you’re talking to has a sub-100 IQ is to see if they ask ‘howz r u 2day lol??’), it’s going to get a lot harder with the abolition of apostrophes.

But perhaps, and I feel we’ll probably have to admit defeat in the grand scale of things, this is just the natural progression of our language. It’s sad though: part of the reason Shakespeare’s 500 year old scripts are still readable today is because our language has slowly evolved, taking on new words and nuances as necessity dictates, rather than revolutionary overhauls (like the removal of the apostrophe) that have afflicted other languages around the world. LOL, I really hope it isnt time to embrace our new, simplified possession-free world.

I belong to a secret society

Funny videos, anyone? No? A 50ft spider perhaps?
Introducing... the guild leader!