I shouldn’t be left late at night with a microphone and a harrowing tale to tell:


(If you can’t see the player, you’ll have to visit my blog. It should also be at the bottom, if you’re using Google Reader!)

Tonight I tell the tale of, in the form of an audio blog, ‘healthy alternative transport’ gone wrong. The tale of how I almost log my legs trying to traverse the pretty (but seemingly deadly) city of Amsterdam.

It was the last day of my stay in Amsterdam. Rogier, my gracious host, had booked an internet cafe for us to play World of Warcraft from (I try to play WoW from every country that I visit as it’s a lot of fun playing next to someone that you’ve talked to over the Internet for 3 years). The problem was… the cafe was on the other side of town. ‘Ah, Amsterdam is a small city, it’ll be a breeze!’

‘There’s a problem, Seb: I only have one bike’ says Rogier.

‘Sure, sure… no problem at all, de nada, I’ll ride on the back!’ I quickly shoot back, eager to try what millions of Dutch do every day — cycle around Amsterdam.

Little did I know… I would soon be riding into… the gaping maw of HELL.

(I hope this gets turned into a movie one day!)

Anyway, in an attempt to be somewhat educational and informative: for those of you that don’t know, Amsterdam is like… the cycling capital of the world. It’s so dense, and the waterways make driving so cumbersome that everyone prefers to cycle everywhere. There are so many bicycles that there are even multistorey bicycle parks! 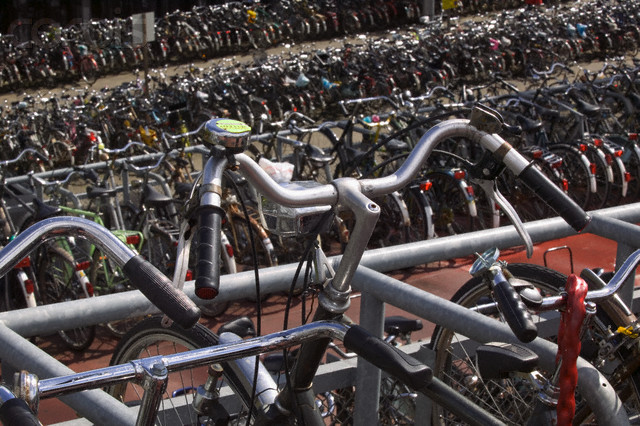 The other massive advantage of riding bicycles everywhere is that half of these cyclists are… female. Girls with some of the finest asses you’ve ever seen. Toned, and peachy and… often wearing short skirts too…

Sitting at those canal-side cafes, just watching the world go by; watching those legs go by. If only I had my own pair of legs, and hadn’t lost them riding a bike across Amsterdam.

Double the death, twice the fun… not

How do you drive the progress of a WoW raiding guild?
Loot distribution in World of Warcraft