Let the right one in…

(It’s 4am, so please forgive me for my probable lack of quality prose, or even the ability to make coherent, cogent sense… I’ll read this in the morning and bury my face in my palm no doubt)

I thought I’d write this brief review of Sweden’s latest vampire thriller fantasy film. I say latest, I mean ‘first’, but hopefully not the last — because Let the right one in is fantastic! 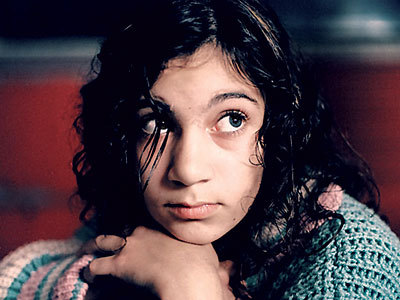 Without spoiling, the film stars 2 kids, with a variety of other kids (who are very well played), a bunch of adults (which are believable, but really quite unimportant to the actual story). Boy meets girl. Girl solves Rubiks Cube. Boy falls in love with girl’s apparent problem-solving abilities.

Girl is a vampire. Damn. 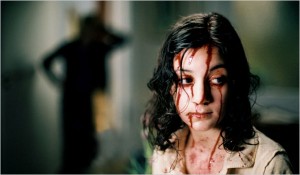 (I’m not really spoiling, because it’s really damn obvious that she’s a vampire from the outset: the belaboured breathing, dried blood in her hair and her totally hilariously over-sized irises are just slight hints that she might not be wholly alive. And the total evasion of sunlight…)

But hey, the boy doesn’t know much about vampires, so how was he to know? 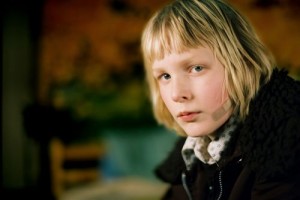 As with most horror/thrillers, the sound effects were grimly chilling. Lots of noisy breathing and over-the-top footfalls. There’s a truly disturbing ‘death rattle’ type noise that accompanies the hungry vampire too…

It’s all very different for a horror/thriller, and I strongly encourage everyone to watch it — though, it being a vampire film, if you don’t like the sight, sound or slippery viscousity of blood, you might want to give this one a miss. Or if you don’t like the after-effects of someone pouring sulphuric acid on themselves (but that’s the only ‘Oh, how typically nasty’ effect in the film — the rest is far more tasteful).

It’s 4am, so I really should try and sleep. At least I know, without invitation, vampires can’t enter.

I hope I don’t sleep talk…