Imagine that scene in Rocky. You know which scene I mean — the training one. Dancing, prancing, skipping and shadow boxing, the famous fanfare perfectly punctuating and accentuating each of our hero’s moves. Only it’s not a a boxer, and it’s not a punch bag. It’s not Stallone — it’s Eric, our runty-but-lovable blind cat training for his big day — the day that will soon be upon us — the day when he will choose a competition winner.

Though blind and old, Eric still wakes up every morning and attacks the world with gusto! Since I told him about the competition on Friday he’s eaten almost nothing and hardly slept. Every time I go down to the living room, he’s there, pacing around, practicing his paper-sitting skills. He can hear the page-turning of my book from 60 paces. At night, when I’m in bed reading, he comes scurrying upstairs, flying headlong into my bedroom door. Thunk. I should probably sleep with my door open… 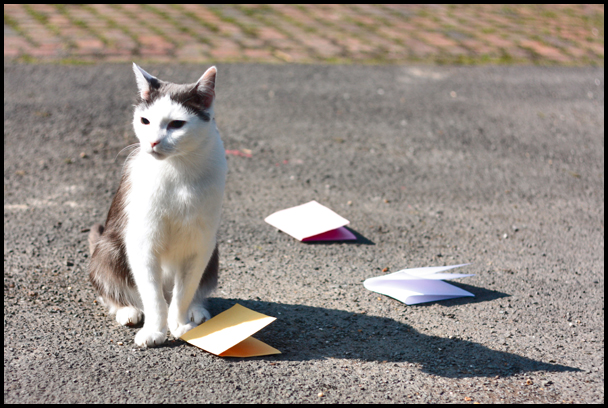 Being blind, he doesn’t even have to give up when the sun sets. When other cats are moseying on home for dinner, strolling through the cool, evening air, Eric is still there, pacing, choosing the right piece of paper to chew.

The problem is, despite his passion to please, and nail his first ever ‘job’, he’s simply not very good at it. In fact, he’s just fallen asleep between a pink and white piece of paper.

I’m going to set some basic ground rules, to make sure the decision-making process is fair and just. I also need some redundancies in place, in case he fails to choose a winner.

I think that just about covers it. May the best man or woman win (and go and enter the competition, if you haven’t already — it’s a quick and easy way to score free web hosting!)

Oh, and because I just love to indulge the few of you (OK, the majority of you) that just dig cat photos, here’s Eric relaxing after today’s rather grueling trial run. 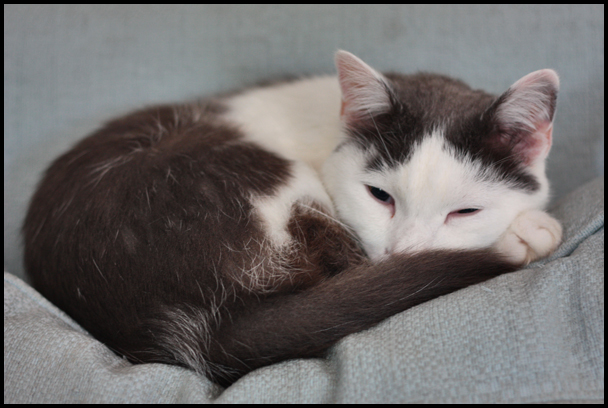 There's water in the box, so please don't tell the authorities

When we were young the world was so beautiful
If looks could kill. Or induce tears, in Eric's case.