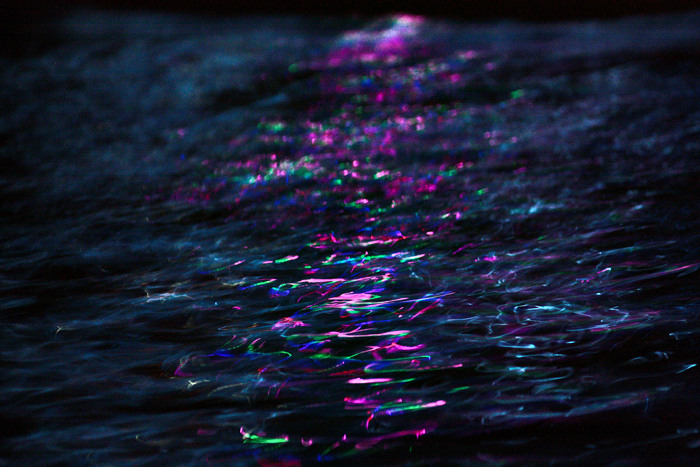 In 1968, Clarke and Stanley Kubrick finally finished 2001: A Space Odyssey – the book, and the film. It would change the way the world looked at evolution and ethics; artificial- and extra-terrestrial life. Religion and genesis.

But those are meaty topics that I couldn’t hope to cover in a simple blog entry. Instead, I want to talk about all of them combined, magic. Events that leave you so mystified, so jaw-droppingly nonplussed that you can only call out in disbelief that’s impossible! Perhaps you mumble it incredulously, wiping away an emotional tear, your raw nerves leaving you overwhelmed. It’s the same thing, though, magic: the impossible, in the blink of an eye, becoming possible.

When magic occurs, it’s like the world has been re-written. You have one moment in time, the past, where it seems impossible. Snap. You’re in the future, impossibility split asunder and replaced with a new reality. Magic occurred before your very eyes. The world changed around you. The flat line blips and shows a pulse. The Great Wall of China disappears. Poof.

And that’s all magic is, whether it’s performed by Harry Potter or Gandalf, a heroic doctor or David Copperfield. Now, the fun bit, and the tie-in to religious ‘miracles’ — magic is based on what we, by consensus agreement, deems impossible. We agree that it’s impossible for a man to disappear. We agree that, really, you shouldn’t be able to step through a plate glass window.

Once upon a time we agreed that being chained and helplessly dumped, submerged in a tank of water spelled certain death. And then Harry Houdini did it, and it wasn’t quite so magical any more; it’s only magic once, afterward it simply becomes a talking point, a fantastic improbability. The magician moves us from an impossible past, to a future full of possibilities where his ‘magic’ continues to occur around us, unabated. The cat’s out of the bag. Pandora’s can of worms hasn’t just been opened — it lies broken upon the floor, exposed, the world looking on in wonder — so that’s how it’s done! – our decision of what constitutes reality is rewritten in that moment. Magic becomes mundane.

It’s by this logic, sadly, that you disprove the existence of magic. The last 200 years have more than adequately proven that declaring something ‘impossible’ is stupid and counterintuitive. It’s not impossible, someone just hasn’t done it yet! It’s not a miracle, it’s just utilising mechanics that you didn’t know existed. Perhaps someone close to Jesus invented the sterile bandage and handed one to Our Lord — ‘Here, try this, mate’ — maybe he didn’t actually cure people with the power of God.

That’s what Arthur C. Clarke’s Third Law is all about. Technology — a sterile bandage — is magic. Magic changes history, redefining our universal axioms, redeclaring what can and can’t be done. The impossible, as the cliche goes, becomes possible. Stone Henge, the Great Pyramids, the Eiffel Tower — pure impossibilities, paper-only pipe dreams, fabrications only extant in the minds of great thinkers until someone actually devised a way to make them. Technology allows engineers to transport ideas from the realm of fantasy to reality. Imagine bringing a Roman forward through time to modern-day and showing him a computer. Magus he would say. Magic.

It is for this reason that inventors and scientists belong in a higher echelon. Without them, we’d still be in sitting in a cave, lamenting the taste of raw meat.

Independent adjudication and the phantom sister
This month, on Seb's blog...