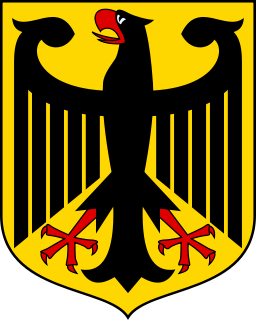 I was sitting in front of the TV — not something I do often, I assure you — and for some reason or another my mind wandered towards Germany. I think it was a war film. Anyway, I had a little ponder, a little brainstorm, and I came to the conclusion that I actually know very little about Germany. I also assumed that other people might not know much about pre-War Germany too! Perhaps people study the history of Germany in more detail in other countries, but I can’t imagine it being an important topic outside of Deutchland itself.

There are experts out there, but this entry is not for you — this is just a short piece on the formation of Germany itself: the 2500 years that occurred before the World Wars — believe it or not, a lot has happened there! Our contemporary culture, both European and worldwide, has thick roots that stem from Germany. This little story will wend its way from the Nordic tribal settlers to the early dominance of the Franks; from the long-winded Holy Roman Empire of the German Nation to the downfall of the German Empire at the end of the first World War.

Germany’s recorded history begins in 56BC, though for 500 years tribes had been moving down from northern Scandinavia through to Denmark and then Germany. Famously, Caesar (who was first to record the name Germania) built a wooden bridge that spanned the Rhine in just ten days, but then retreated once he heard that the Seubi (Suevi) tribe had amassed a force to repel him, should he attack. The name ‘Seubi’, incidentally, has its roots in the prefix ‘Swe-’ which literally means ‘one’s own’ — the same prefix that gave Sweden its name. The tribe that repelled Caesar was almost certainly from Sweden originally! I’m sure it’s quite common knowledge, but all Prussian and Russian kings — Kaisers and Czars — derive their title directly from Julius Caesar himself.

It’s worth noting that the Seubians were converted from their pagan rituals to Arianism in the 400s — a ‘heretical’ (after the First Council of Nicaea) sect of Christianity that believed Jesus was extraordinary, but not as powerful as God himself. I mention this only because of the later use of the term ‘Aryan’ by the Nazis to represent the one, true, destined-for-leadership master race is completely unrelated — but it’s an interesting coincidence!

The fall of the Western Roman Empire allowed the expansion of the Frankish Empire to begin. Originally a West Germanic confederation of tribes, the Franks would go on to form an empire that would span France, Germany, Northern Italy and make dependent states of the modern-day Eastern Bloc. With the baptism of some Frankish nobles, and later on the work of missionaries from England, Scotland and Ireland, Germany dropped its old Arianist ways and became fully Roman Catholic by the 800s. The aid of the British Catholic missionaries would turn out to be, 1200 years later, beautifully ironic.

Another thing that people forget is that English — both the language and the name — originates from the Western Germanic people of Angeln, or its modern name of ‘Anglia’. Regions of this name still exist in England and Germany! As an aside, while the Angles were settling in what would become England, Britons were settling in Brittany (France) — and while I’m at it (blame the nationalist streak in me), the Normans that invaded England weren’t French — they were descendents of the Vikings that had occupied what would eventually become France! Anyway, back to Germany…

By the 9th and 10th century the Frankish Empire had been divided and weakened enough for the emergence of the Holy Roman Empire of the German Nation. Despite its awesome name, it did not actually include Rome for most of its rule — the name derived from each new emperor having to be crowned by the Pope. Not a lot happened until the 15th century when the Renaissance finally blew away the cobwebs of the Middle Ages, leaving Germany with the beginnings of a powerful and industrious empire. The 1400s brought us Johannes Gutenberg, the inventor of the mechanical printing press, and Albrecht Dürer who is widely considered the finest Northern European artist of all time.

The 17th and 18th centuries would finally see the efforts of the Renaissance period come to full fruition: The philosophers Leibniz and Kant; the musicians Bach and Mozart. Genius polymath and the author of Faust, Goethe, would be be the first writer to emerge from the growing, Bohemian strength of the Germany. The turn of the 19th century would see their intellectual powerhouse continue to grow with the birth of philosophers Marx and Nietzsche, the eminence of the piano virtuoso Ludwig van Beethoven, and the composer that would craft musical masterpieces destined to be played at max volume while conquering Europe, or in fact anyone that stands in your way: Wagner. Two of the most important and influential scientists of all time, Planck and Einstein, were also born in Germany during the 19th century.

Throughout the 1600s the Duchy of Prussia had continued its spread across what is now the top of Poland. When the Holy Roman Empire finally fell after the Napoleonic Wars in 1806, Prussia would continue to gain land across the north of Germany. In 1871, with the help of decisive victories on the Franco and Austro-Hungarian fronts, the German Empire was formed by the president of Prussia, Otto von Bismarck with William (Wilhelm) the First installed as emperor. This is the same Empire that would be the unwitting instigator of first World War. Bismarck himself kept the role of Chancellor, the one-man-cabinet, a position whose power would later be confirmed as autocratic by Adolf Hitler.

The next 50 years would see a huge surge in industrial strength and population — from 40 to 70 million, with over half of those living in cities. Germany became the world’s first social welfare state with sickness and maternity leave, and it had a free press! But such privileges and liberties were not easily come by — Germans worked hard; a work ethic that still exists today.

Back in 1800, Napoleon had been crushed by a mix of Prussian (German) and English forces at Waterloo, but how quickly allegiances are forgotten! Only 80 years later, Emperor Wilhelm formed the Triple Alliance with Italy and Austria-Hungary, its purpose to defend itself from potential attacks by Russia, France and Britain — the three countries that then formed a similar, counter-allegiance: the Triple Entente (‘Triple Agreement’). It would be Germany’s allegiance to the Austro-Hungarian Empire — and the British Empire’s anger at Germany’s growing navy — that would spur the Triple Entente into joining a war: World War I.

Though it falls outside the scope of this entry, and just because I love bringing religion into these things, I’ll share an ironic little coincidence. When Hitler was made Chancellor he had to pass the Enabling Act of 1933 to actually become the Führer; to effectively demolish the democratic powers of the Reichstag for four years while he ‘tidied things up’ (this sounds a lot like Caesar demanding to be made Dictator back in Rome…) Despite the instigation of concentration camps in the hope of terrorising the populace into voting for Hitler’s party — the National Socialist German Workers’ Party, or more commonly ‘Nazis’ — they could only muster 44% of the 66% majority required to pass the Enabling Act. Desperately, he turned to the Catholic Central Party for their votes. They demanded continued liberty for the Church and their involvement in education, which he obviously granted — not that it mattered, after the Act had been passed. The kicker: who brought Catholicism to Germany? Missionaries from Britain!

And there you have it, the exciting history of Germany in 1200 words. If you made it this far — hooray! I hope it wasn’t too boring; I hope you learnt as much as I did. Now I actually have to visit Germany…

Some summery photos
A long-awaited holiday to the Faroe Islands!