The various stages of British weather, from nippy through to APOCALYPTIC HEATWAVE

If you’re not following the news, we’re currently suffering from a heatwave here in Great Britain. This is probably the hottest June in recorded history. In layman’s terms, England right now is hotter than  Megan Fox’s well-oiled bosom AND it’s due to carry on for at least another 48 hours. That’s why I’ve suddenly started to use monosyllabic words with reckless abandon on here. And shorter sentences. Thinking, with my brain oozing out of my ears, is very tough at the moment. Which means all intelligent discourse is suspended until further notice. Sorry.

We don’t cope well with heat around these parts and, unlike most other discomforts, we really like to whine about it (you may have noticed). The weather is the only thing that universally rouses us from our quiet, turn-the-other-cheek reverie… we Brits are a bit odd like that. Someone else mows your ankles down in the supermarket with a trolley? We apologise. Stale bread and beef dripping for dinner? Grin and bear it. Germans kicking up a fuss again and invading Poland? Sigh, someone’s gotta deal with it…

But weather… weather is our weakness.

You’ve probably heard us whine about it before (probably while we’re on holiday?) — too hot, too cold, too windy, too rainy (though, after thousands of years of rain, some of us have grown to love it). But what sets us apart from other whiners is the ability to bitch and gripe about the current state of weather – no matter what it is.

Rain or shine, somehow we can always find something to whine about, and it’s usually the heat.

Because I know there are lots of countries that are hotter than ours, let me explain why heat in Great Britain is worse than in other countries! It all comes down to expectations. Most Continental Europeans and Americans just don’t believe me when I say this, but heat is rare in Britain.

We don’t have continental, land-locked weather — our weather is almost entirely governed by the Atlantic ocean (and its Gulf Stream). Our average year-wide temperature is 9C (48F!) Because we’re an island — and a small one at that — our weather is often varied but our temperature is very stable. Our summer average is 15C, our winter average is 4C. We’re certainly not a warm country but we’re temperate damnit!

So when the temperature goes over 32C (90F) like it has today, it feels like the world is going to end.

The thing is, 32C isn’t actually the end of the world, but Britain falls apart when it gets hot. Really, the nation comes to a standstill during heat waves. But so that you can better appreciate the British way of life, let me describe to you our five ‘climate types’  here on our ‘rainy little island’. Some say that England is at its finest in the winter and if you like cold, wet-to-the-bone wind and rain, or our fabled ‘horizontal ice rain’, I guess you’ll love it (really, you need to experience horizontal ice rain at least once in your life). When it’s not raining the skies are deliciously clear and the air is crisp but December and January are generally very, very wet. It rarely dips below zero but when it does, we normally shut down for the day. In other countries an inch of snow is a piffling annoyance; in England it’s ‘impossible’ to get to school or the office. In fact, an inch of snow is highly dangerous and is best tackled from the living room with a cup of tea and a book.

We’re well aware that in some countries there can be six feet of snow and business still continues as usual. In England any extremity is cause for a day off — too much rain, too much (3cm) snow, too much heat. I should add that the Scots and Irish are better in this regard as they’re used to snow and sleet — the English are the wusses. Oh, and the Welsh, they’re even more wimpy. In my opinion, by far the best weather in England is when it’s moderate; the end of February is particularly nice, which is also the driest month of the year! There is lots of generic-and-overcast British weather in this period, but when it’s sunny it’s lovely! Drizzle is likely for at least half an hour each day. We normally can’t find anything to whine about during this period, except the occasional ‘I wish it would get warmer…’ or perhaps ‘Oh, the blossom came out late this year, not like back in 1971…’

The end of April is particularly lovely when all of the daffodils and bluebells have flowered and you can find massive stretches of woodland carpeted with them. Sometimes, if we’re lucky, we get a burst of glorious weather in May which turns it into the finest month of the year.

(This is actually in June, and one of my favourite old photos of mine!)

The only months where our average temperature actually gets over 12C are June, July and August. These are also the only three months where there’s a risk of heat-induced apocalyptic melt-down (covered later). There’s actually no less rain in the summer than the rest of the year (though that doesn’t stop old people whining about the lack of rain and the low level of the reservoirs) but it often comes at the end of warm days (tropical-style!) I love falling asleep with the sound of rain on the roof.

On the warmer days of 17-18C kids can often be found splashing in public fountains. Also, as soon as the temperature goes above 12, everyone wears shorts or summer dresses. Even when it rains. 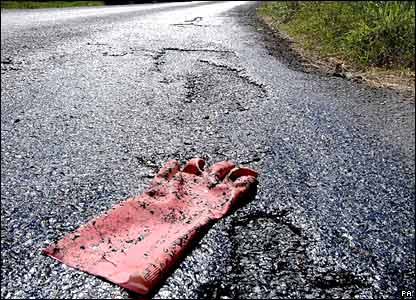 This is where things start getting a little hairy. Babies wake up crying. Hairy men walk round topless. The usually-prudish British women can even be found sunbathing. The tarmac starts to melt (I’ve always wondered: do hotter countries use concrete or something that doesn’t melt?)

We get the occasional thunderstorm but for the most part hot weather in England is something truly glorious and cherished. Do ya remember the summer of 67? old people say, reminiscing about a particularly nice summer with lots of days in the 18-25C bracket.

But eventually people start grumbling. Where’s the rain? people cry. All this sunbathing is making my skin peel the silly sunbathers moan. The garbage starts to smell. Tennis players start spending longer and longer spraying themselves with water in between sets. Kids get thrown out of school for reckless water-bombing.

Again, England’s lovely at this temperature, just not for more than a few days. 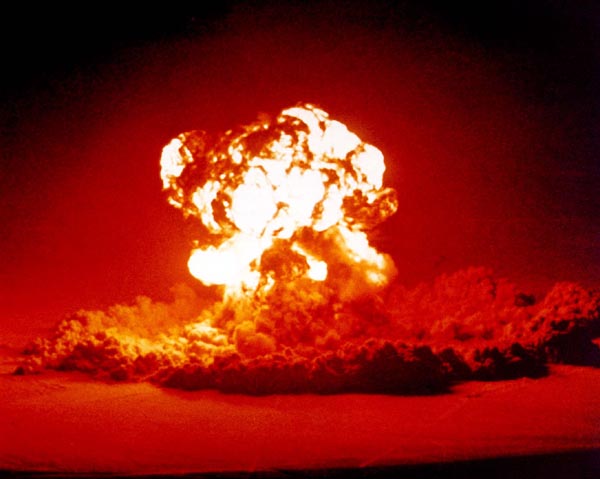 The following normally comes to pass during what’s commonly broadcast by British papers as ‘THE HOTTEST DAY EVER RECORDED’ (we get at least two of these a year).

Anyway, I’m sure the heat wave will be over soon… mustn’t grumble… Gotta think of those guys on the Equator where it’s actually hot…

The life and death of Michael Jackson, the King of Pop
Death and the afterlife