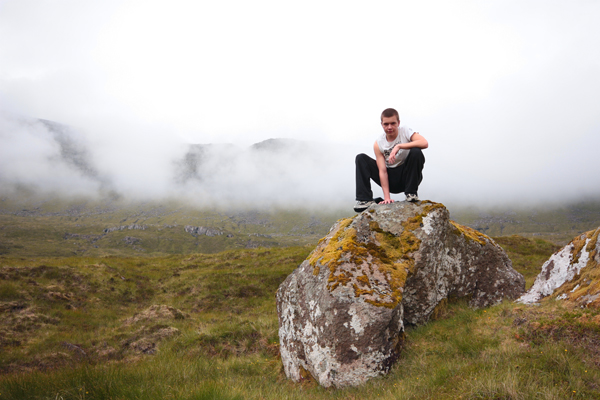 I know he looks young but he’s actually 21! They all look stupidly young here. Even the girls…

I took this photo while we were stuck up a mountain waiting for fog to clear — it had been clear on the way up, but fog in the Faroe Islands has this way of very, very rapidly blanketing everything in sight. Here the visibility’s down to about 100 meters but it got down to about 5 meters a few minutes later…! 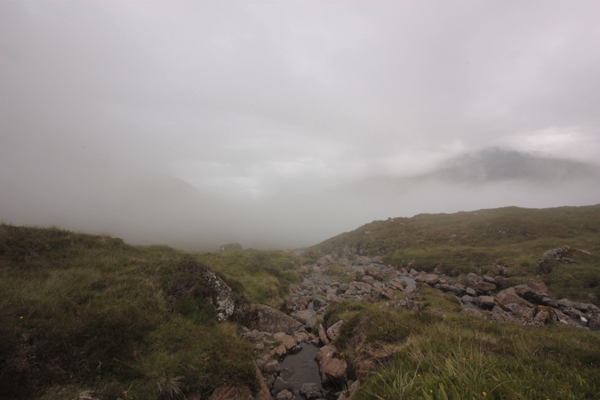 It’s not a great photo, but you get the idea!

My other host (they’re kind of sharing me) looks like this: 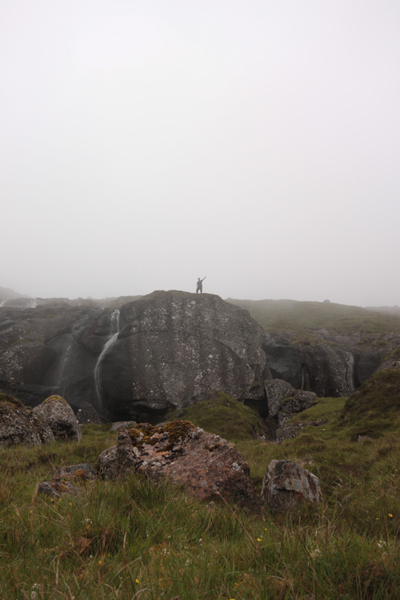 While we were waiting for the fog to clear he scouted ahead. Somehow he ended up on top of that rather large rock (there was no easy way up there but these crazy mountain-dwelling Faroese always find a way…)

I just realised I can’t really say any more about them without asking permission first, so you’ll just have to do with two photos.

Wandering around the streets like a drunk viking tomorrow! Can’t wait. So far all of the carousing seems to be done almost exclusively by men. I hope there are girls there tomorrow…