‘It’s one of those smaller whales’ they said, obviously searching for the right translation. 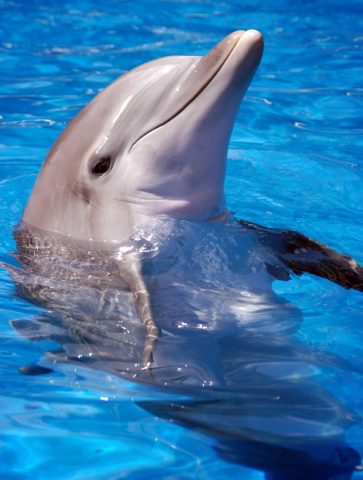 There I sat, munching thoughtfully on a piece of jet-black meat. ‘A bit like beef. Different aftertaste though.’ My host’s mother had cooked up the chunk of ‘whale’, served in a sauce made of its own gravy. It was underwhelming! I don’t mean that it tasted bad — it was lovely! — but obviously, after all of that foreplay, I expected a veritable taste explosion. Instead, it was like very dense, stewed beef. And black… really, it’s black meat. Very odd; very tasty!

‘You need to try it with spik, the blubber! That makes all the difference.’ I nodded my approval, not wanting to look like a wussy, cowardly tourist.

So, still to try: puffin, blubber and, as it turns out, whale! Yes, I did some research I actually ate Atlantic white-sided dolphin! But don’t worry, they’re not endangered and nor do they look nothing like those cute Bottlenosed ‘Flipper’ dolphins. In fact, they are just like little whales!

At least that’s what I’m telling myself…

Two more photos for you, one from a pretty little village called Gjógv (which is a tourist trap, or so I’m told) which has this huge canyon in its back yard. Really, the rear of their houses backs onto a 100-meter deep chasm. There isn’t even a fence to prevent any would-be dare-devil kiddies from jumping into the water below.

The other photo is an incredibly colourful cave that we went into on our trip into the Atlantic Ocean along the coast of Streymoy. If anyone knows how such colours came to exist, do share! I assume it’s algae growth or chemical deposits… (The majority of the canyon is around the corner out of sight… I tried to photograph it but failed, alas!) (AND the blue sea! Could you get more colourful if you tried?)

Only three days until the wet t-shirt contest!!

My heart will... go oow-o-o-oh-onnnn...
Just a little update (and pretty photos, of course)