What with all the excitement of my holiday on Monday I have to admit that I haven’t had a chance to sit down and write. Which is annoying because I really like writing! And I won’t get to write properly until after my trip. I hope I can survive (and satisfy you guys) with just lots and lots and lots of photos. Here’s hoping! 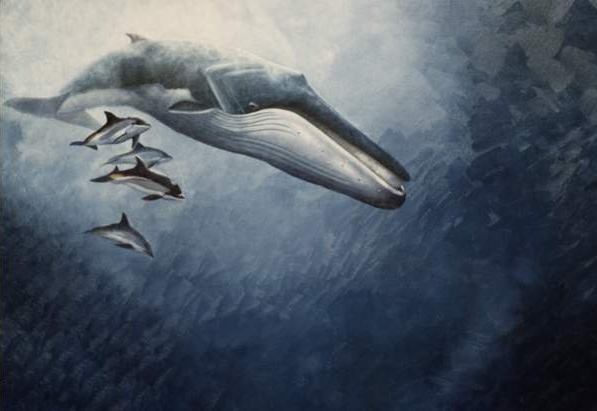 Anyway… I caught an episode of a fantastic series that’s airing in the UK on Channel 4 at the moment: Inside Nature’s Giants. The first episode featured an elephant (which I missed!) but this week they autopsied a massive Fin Whale (second only in size to the Blue Whale, the largest creature on the planet) — and as the Faroe Islands have lots of Fin Whales, I was obviously very interested! This poor girl had beached itself in Ireland and died — but not to waste such a golden opportunity, a crack team of biologists and veterinary scientists flew in to cut the beastie into little pieces –  in the name of science and commercial TV! (Here’s a video clip which I hope you can view outside the UK.)

I won’t lie: it was pretty damn grim to see the whale’s coroner knee-deep in whale bits (there’s no other word or words that can suitably describe the pink, wobbly mass she was wading through). ‘If I can just reach a little bit further up here into this cavity I can free its heart, but it’s tied down by all of these blood vessels…’ She’s hacking away with a machete! Chopping away at a dead whale!

The heart of this leviathan is a cubic meter! The main scientist (the one with the sharpest knife) held up a segment of its aorta (the main output artery of the heart) and it was about the size of your head! And its heart only beats three times a minute! (Which is how it stays underwater for so long.) The whole whale weighs 60 tons (55,000kg) and is 65 feet (20m) long! When feeding it swallows 70 cubic meters (18,000 gallons) of water and then spits it back out through its filters, capturing fish and crustaceans. It can empty and fill its 3000-litre lungs in one breath — which it only needs to do once every 40 minutes!

But the amazing bit? They’re mammals, just like you and I! They originally started off as dog-like creatures with hoofed feet. 53 million years ago these ‘pakicetids’ jumped into the water and never looked back. It took 15 million years for them to lose their legs and become fully marine. 8 million years more and they had learnt to echolocate (the ‘sonar’ that they use to locate food and obstacles). 10 million years later they diversified into dolphins and porpoises — and that’s where we are today. 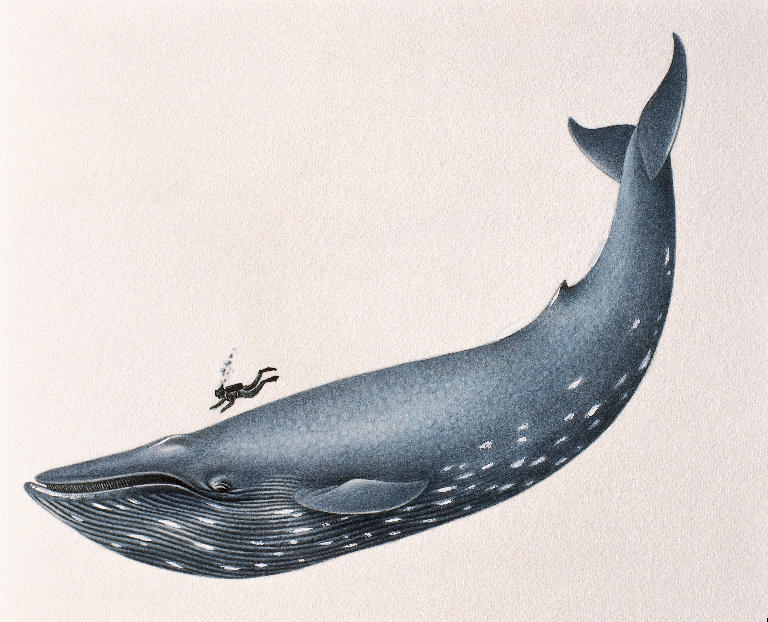 ‘Just’ 53 million years to mutate from average-sized land-dwelling mammal to the largest species this planet has ever known — the Blue Whale (which are bigger than commercial jets, by the way). Their new-born children weigh 6,000lbs (2,700kg) and drink 400 litres of milk a day! But as weird and foreign and huge as they are, they’re still mammals. These monsters are genetically more similar to a mouse than a fish.

And that made me think about where we’d be in 53 million years. 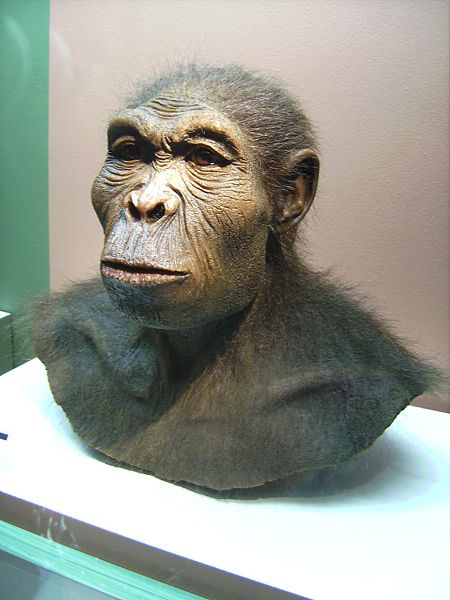 Humans are incredibly young in the grand scale of things. We — Homo habilis, our very, very primitive ancestors — started using tools around 2.5 million years ago, which set us apart from our chimpanzee brethren. And look how far (or not?) we’ve come in just 2.5 million years! In another 51.5 million years what could we possibly evolve into?

I’ve talked a tiny bit about the future of the human race but hardly touched on the topic of evolution.Will we even live long enough to experience tangible evolution? And if we do evolve significantly, what form will it take? Looking at that little dorky dog-like creature above, and then at the Blue Whale it’s almost impossible to fathom what we might become if given enough time! What environmental condition or external stimulus will have the biggest impact on our evolution? Will we develop a 6th finger on each hand to help us type faster? Will evolution instead take the form of transhumanism: bionic arms and eyes, and cybernetic implants?

The problem is, evolution is slow. You can forget ruggedised skin to survive global warming (or impending ice age if you’re that way inclined). You can forget wings to fly around with (though that might happen if we move to a planet with less gravity!) In fact… I really have no idea what we might evolve into. It’s like being asked ‘what do you think the world will be like in 100 years?‘ but exponentially more difficult to answer.

Looking at history we’re actually more likely to wiped out by a meteor before we evolve into something new and exciting. With us obliterated, the whales might sneak back onto land and spend another 53 million years transforming back into dogs:  speaking dogs with opposable thumbs capable of using tools.

Death and the afterlife
Holiday mode!