The Faroes consist of 18 islands, some small, some large, and only one uninhabited. The population spread is also far from equal: about two thirds of the population live in or near the capital. For 1200 years the only way to get around would’ve been by boat. We’re not talking large distances – the archipelago is only 100 miles across – but by land, because of the mountainous topology, most villages would be, by today’s standards, totally isolated. Settlements in the Faroes are invariably placed in bays and inlets with mountains reaching up behind them. These plains are also very small – there’s almost no naturally-flat land in the Faroes! – and as a result there’s only one big town: Torshavn (Thor’s Harbour – cool name, eh?)

Anyway, along came the automobile and roads between towns on the same island begun to be carved out of the vertical-cliffed basalt mountains; ferries were used to go between islands – and more recently, to replace the ferries, tunnels! Lots and lots of tunnels. 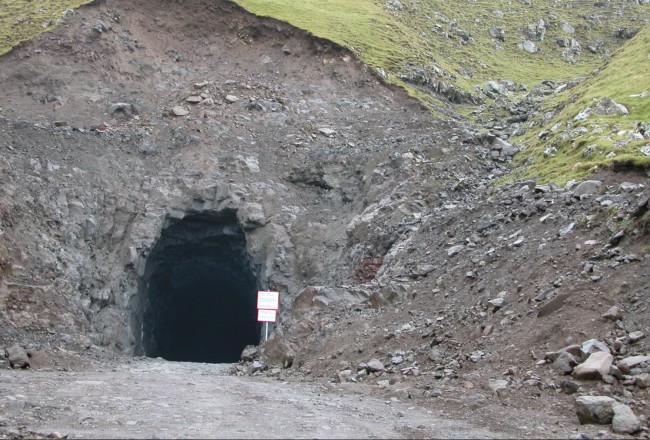 I’m not some master civil engineer. I don’t know a whole lot about tunnel making (except for the Eurotunnel because it was in the media for a decade…) What I do know is that cutting your way through dense, metamorphic rock isn’t easy. In fact, it’s more a case of blowing things up with explosives. In a controlled fashion of course.

And that’s where this story takes place: in a Faroese under-sea tunnel. Not a nice, new, two-way well-lit tunnel – no. This takes place in one of the original, single-lane, pray-you-don’t-meet-someone-coming-the-other-way tunnels. They’re not lit. These tunnels are pitch-black except for your car’s lights. Years and years of carbon emissions mean the walls are lined with thick, light-absorbent soot. The only saving grace are the reflectors that illuminate the scars left by the dynamite: deeply-pocked, dirty-black holes.

Except for getting from A to B in the quickest way possible, there’s only one other thing that these tunnels are good for: racing. On the Faroe Islands, a country with no apparent social structure and limited space to build big houses, there’s only one real way to show off your wealth: fast cars. Fancy cars. Cars with spoilers and sexy skirts.

And in the case of my host in the Faroe Islands: nitrous oxide injection. I won’t bore you with the details, but put simply: it makes a car go quick – spine-fusing and eyebrow-ripping fast. 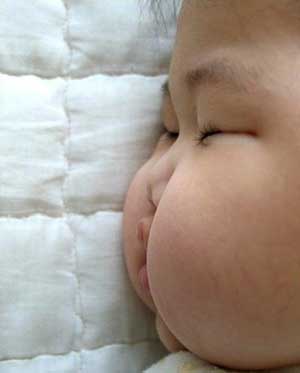 (This was meant to be someone sitting in a car with g-force/wind making their cheeks wobble…
But this was all I could find on Google.)

I’ve completely lost my train of thought. Damn Asian baby. Ah yes… So they race along these tunnels. A bit like a low-tech version of The Fast and the Furious without the flashy lights or the  hot girls in skintight plasticky clothing. You start at one end and finish at the other — the highest max speed at the end of the night wins! Wins what? The multi-tiered, golden and invisible cup of Pride of course! I suppose when you’ve been at sea for nine months bragging rights are about as exciting as things get: “Pass me the knife, Bjorn.” “REMEMBER THAT TIME I BEAT YOU IN THE TUNNEL?!” “Yeah… now pass the damn knife.”

I should tell you now that I’m a bit of a speed freak. So of course, last week, I found myself sitting in a super-charged hod and staring into the murky abyss.

“What if there’s a car coming but its lights are broken?

“What if we hit a rock and collide with the wall, smearing our faces into a millimeter-thick laminate?”

“There’s always a chance of that… but it’s been a long time since it last happened.”

And with a cheesy, over-confident grin from the driver — a grin that betrayed his true nervousness — and with the drop of the clutch and the bang of the exhaust we accelerated into the tunnel.

A few seconds later, fully blanketed in black, there’s a rumble loud enough to be heard over the frantically-whirring engine. It’s my turn to grin nervously. It’s my turn to look towards the car’s flimsy roof and perform in the fraction of a second some thoroughly pointless calculations.

Out of the corner of his mouth he whispers tersely.

“Seb.” A second desperate and creaking roar from the dark surround. “Brake… or accelerate?”

Notes from the small islands
A brief change from the norm: some portrait photography