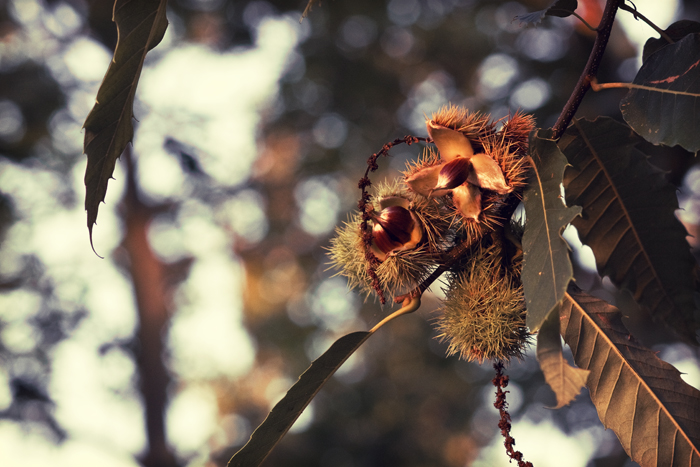 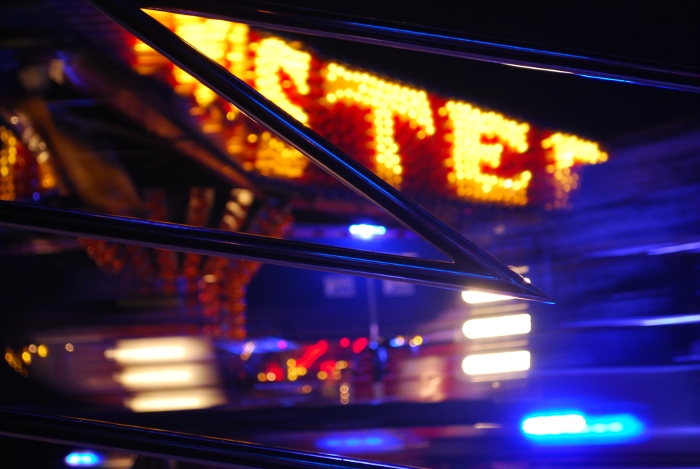 Seb: Hey, guess what, it’s AUTUMN. If last week didn’t make that clear, hopefully this does. I’ve never actually seen chestnuts still clutching onto the tree like this — normally they’re scattered about underneath the tree!

I was actually out to take some photos of the trees themselves — there’s a beautiful avenue of ancient chestnuts nearby which I thought would look good at sunset. We’re talking proper, thousand-year-old gnarled and twisted trees that have been around since England was invaded by the Normans. I’ll upload another one tomorrow, so that you can see what they’re like.

But anyway: I looked up, as I always do, being tall and all, and I spotted some chestnuts glinting in the warm, yellow sunset. That ‘golden hour’ has never been more obvious!

This photo is an attempt at staying true to my ‘landscape soul’, while still catering a little more for those that like interesting detail in their photos. And those that like bokeh, of course.

Abi: The fair has come to town- and when I say fair I mean a selection of rides manned by neanderthals, underscored by a lingering smell of fried onions and a soundtrack limited to dance tunes from the mid 90s.

I rarely take any photos at night, I set out this week with a vague idea of capturing light and movement (maybe some people) with no clear idea of what I was really doing. This is a bit of a departure for me so things can only improve.

When I was at school this fair was something approaching a big deal. It has dwindled in recent years but the sounds and smells are just the same as they always were. Only instead of cider the kids are most probably on Ketamine or something. Probably.

If one day you wake up and there is no blog post...
Thoughtful Tuesday: Immersion in the real world