How to survive a (Jewish) family get-together 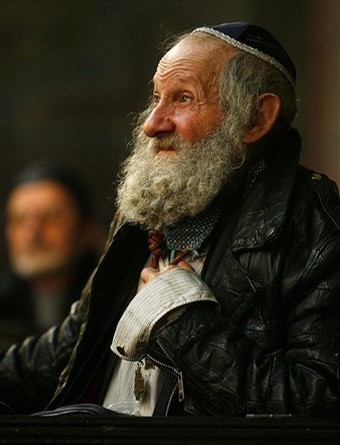 As I write this I’m tired. I’m just back from a family meet-up in London. I didn’t have enough sleep or coffee for the barrage of intimate and deeply-probing questions that septuagenarian Jewish females pitched at me over a four-hour period.

Not only is it the number of questions but the ferocity and varied intensity at which they are delivered. Think of them like baseball pitches: high, low; fast, slow; straight and curved — you need to be able to hit them all! Perhaps the key to surviving such a get-together is the ability to spot the same question but posed ever so slightly differently: Seb, what happened to that last girl, she was lovely is equivalent to What’s that girl’s name again? The one you dumped. Ah, yes, Alice? I hear she’s doing well now. Got her own business! which is the same as Seb, we’re all starting to wonder if you’re gay. You’re not gay are you? You better not be gay, you schmuck, I want grandchildren!

The following tips will help you with all kinds of family get-together, shindig or party. They may even help you with… a reunion; God have mercy on you! Don’t give up if you’re not a Jew — while Jewish relatives are undoubtedly the worst, that just means I’m able to give you even better tips. I’ve been torn to pieces so that you don’t have to!

A good tip for almost every social encounter, a benign smile can see you through all but the worst and most embarrassing of situations. With a slight muscle twitch a benign smile can become an apologetic grin, or a toothy laugh as the old fogie delivers yet another awful anecdote from before the War. The reason this works is simple: when a relative isn’t asking you a deeply personal question, they don’t really expect you to talk. It’s your job to listen and look attentive. For bonus points: have a slice of the aforementioned ancestor’s cake at hand — occasionally eat a piece and make appreciative grunts as she talks to you, even if it tastes like crap.

Interrogation by persistent family members can be considerably worse than any and all forms employed both today and historically by international security agencies. You thought waterboarding was bad? Try being jabbed in the ribs with a 2-inch hard-lacquered fingernail. Repeatedly.

Thus, it’s important to have a cover story. Depending on your family or culture, you might want to flesh out particular aspects, but in general you must know the following two categories in great detail:

3. Appreciate the food, even if it tastes like refried week-old fish

Repeat after me: ‘Mmmm! That’s great! Did you put cinnamon in; or is that ginger? Either way it’s terrrrific!’

The only risk with such positive-reinforcement is that they might actually make it again. A fate worse than death. Hm, maybe you should just tell her that it tastes bad — cruel to be kind. But the point is: if you like the food, say so! When women get to a certain age, there isn’t much more to life than visiting the post office, writing letters or making food. Make your ancestor feel loved with a heart-felt ‘mmmm!’

At least in Jewish circles, a few choice phrases can propel you from ‘that runty kid with no chance of finding a nice wife’ all the way to ‘our favourite Sebby who is always given the first slice of cake’. A mazel tov here, a schnoz there and you’re well on your way to becoming the Favoured One. I can’t speak authoritatively for other backgrounds/cultures, but very few families are actually ‘old’ — go back a few generations and it’s almost guaranteed that some of your ancestors were immigrants — so the same trick is likely to work with most languages!

Of course, if you can trace both sides of your family back ten generations without leaving the country, then you’ve probably already gone to finishing school, learnt how to play polo and how to order man servants about — this guide probably isn’t of much use to you.

5. Ascertain your common ancestors and/or history

Nothing encourages love and camaraderie as quickly or firmly as locating a common ancestry! Perhaps you’re talking to a cute third-cousin-twice-removed (totally legal, at least here in the UK) and then you wow her by revealing that your parents and hers used to play naked in a sandpit together, back in 1965. You’ve as good as scored!

With younger relatives — the generation below — you can become good friends very quickly by warning them of what to expect when they get older. Tell a kid how to win the affections of his nasty, doddery grandmother and he’ll be eternally grateful.

With older relatives  it’s even easier as they’re so soppy and sentimental — trace their history back until you have a common ancestor, or ancestors that were siblings. Perhaps they were in Auschwitz together? Or worked at the same cotton farm? Finding such common ground is vital to forming strong familial bonds! And might even score you a sentence or two in their final will and testament!

Any similarities to actual members of my family either living or deceased are purely coincidental. This list is entirely fictitious and does not represent my actual views of my family meet-ups which are, incidentally, pure joy. Please do not stop bringing your lovely smoked salmon lemon drizzle cake to parties, grandma.