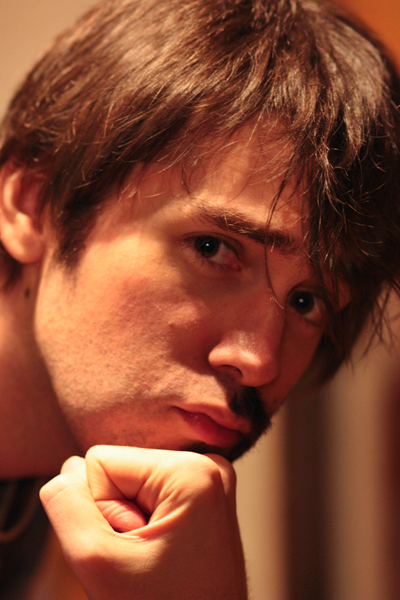 Following on from last Tuesday’s ‘ponderable’, I have another one that has been bouncing around in my head. Yet again, it’s one of those problems that can’t be solved internally because it needs empirical data. Good and evil are such fundamentally nebulous ideas. Depending on who you ask, they can either be defined in absolute terms — or they are totally undefinable. Is ‘Good’ merely an act that helps more than it harms? Is ‘Evil’ the logical inversion of that? Is ‘Good’ strictly defined by cultural and societal norms? Is ‘Evil’ merely breaking the law?

Would you kill one person to save ninety-nine others? Does it matter who that one person is? Gandhi? Hitler?

Would you feel Evil by giving the order to go ahead and kill that one person, to save the ninety-nine? Or Good?

Perhaps it’s better to look at this from the angle of whether you feel justified in your action (or inaction).

Justification is the act of internal rationalisation. And being rational is basically what we we humans do. That’s what we’re inputting, processing and outputting, every minute of every day: rational decisions. Input data, process, rational output.

But here’s the kicker: we can only be as rational as our nurture and nature allows. But within those boundaries and limits, we are rational. 2 + 2 = 4, unless you’ve been told that it’s not. But even if the result is ‘wrong’, we continue to process the data in exactly the same way, because how could we ever exist if we doubted our own calculations? We must assume we’re right. We must assume our actions are rational. How can we possibly know an answer’s wrong anyway? After 30 years of doing it one way, should we listen to someone that says we’re wrong? Or that new-fangled ‘science’ thing — should we trust that? But wouldn’t that mean we’ve been wrong all our lives? That sounds like a bitter pill to swallow. We can perform actions ‘the wrong way’ or jump to the wrong conclusion for an entire life time and not realise!

So with that in mind… I started thinking about psychopaths. Are they rational? The term ‘psychosis’ defines a malady of the mind that causes irrationality. But is the psychotic aware of their irrationality?

I’m trying to get my head around this one. Did Hitler think he was being mean, nasty or evil when he signed off on the Jewish ghettos and executions? I bet he didn’t. Perhaps it takes a good person to be willfully evil? Hmm…

I know this one is pretty vague. I’m curious if anyone’s ever actually felt evil though — and I don’t mean in a passing, fleeting way, like when you ignore a hitchhiker or put your pet down. Don’t think about it too much though, because chances are you are rationalising and convincing yourself of weird/maligned actions hundreds of times a day. What are you doing that is actually wrong? Ugh! An entry on ethics might be necessary, if I can even hope to do that topic justice.