Earlier this year Mango, Eric’s sister, died. Eric himself is survived by his brother, Sammy, who is now the last surviving member of a very long line of beautiful cats that we’ve been lucky enough to rear or look after. Fourteen years is pretty good for a cat. I suppose I should tell you the story I’ve always avoided telling… because it’s sappy.

I’ve always referred to him as ‘the blind cat’ — but he hasn’t always been that way! Quite the opposite. For 13 years he enjoyed life to the max. But the funny thing is, we don’t even know what Eric did for nine of those years. He disappeared when he was just out of adolescence – we hadn’t neutered him, you see. We figured he’d run off, become one with nature, the woodlands, feral. Days, weeks, months passed — it was obvious he wasn’t coming back.

And then 3 years ago… he reappeared. First we saw fleeting glimpses of a cat that looked ‘a bit like Eric’ — but we assumed it couldn’t actually be him. He’s hardly unique in appearance. We figured it was just another cat. Then, after a few months of skulking about, he just wandered into my grandmother’s house next door… and sat. She fed him. He hung around. Eventually he came back to our house and settled back into his old home, as if he’d never left.

How crazy is that?

And crazier… someone had snipped his balls off. Eric had actually lived with another family for all those years. And then come back to us! What the hell. Maybe he was close-by all those years — or maybe he just went for a walk one day and spotted a house that looked vaguely familiar, or a rabbit hole that he used to frequent… and came to investigate. Who knows, to be honest. I’ve never really bet a ‘pet person’, but in this case… I really would like to have known Eric’s story. Maybe those that looked after him for those 9 years will find my website and get in touch.

So this page is dedicated to you, Eric. Eighth and last kitten of Madonna’s (don’t ask) mighty brood. 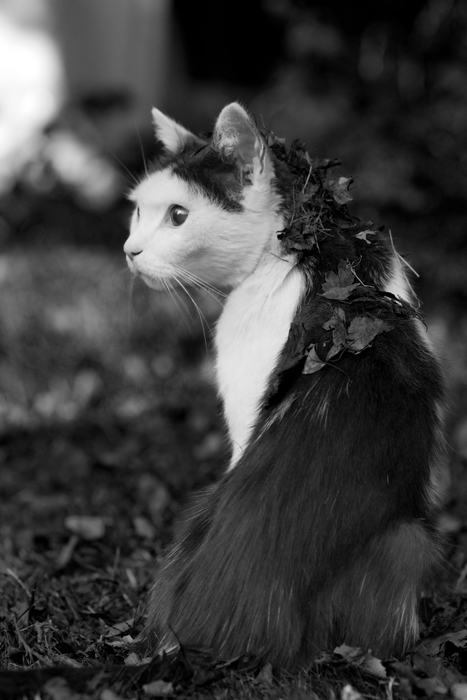 And of course, who can forget his most famous escapade: Eric, the blind cat, chooses a competition winner: 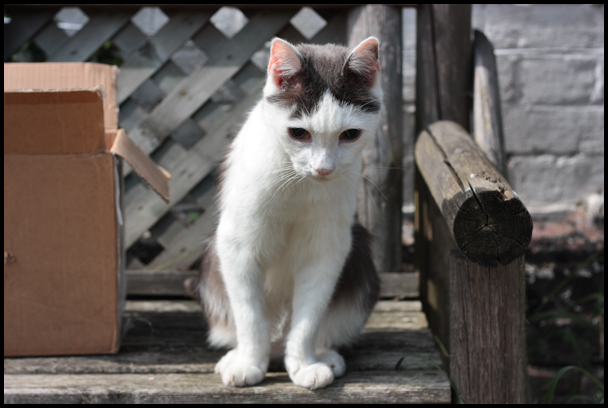 We have just one cat now. He’s quite young though, and very healthy (i.e. fat) — he’s also very pretty. But who wants pretty when you can have character instead? Why should I make do with fat-and-lazy when I used to have rugged-and-soulful? Bah.

RIP Eric. You were a good cat.

There's water in the box, so please don't tell the authorities