[This photo contains a lot of pretty photos. Just scroll down if you don't want to read stuff.]

Before your very eyes the format of this blog is shifting. Tuesday will now be, ’til the day I die, the day I forget to charge my camera battery, or the apocalypse, ‘Photogasm Day’ (I reserve the right to change the name at a later date if it no longer suits the image I am trying to project…)

Let me tell you about the new format for Tuesday!

First, I’ll link to the new installment of whatever photography project I’m working on — which is 52 Weeks at the moment.

Then I tell you how my current photographic projects are doing. 52 Weeks is going well! I think Abi and I are both surprised that we are a) actually keeping to the Monday schedule and b) still friends. There have been a few touch-and-go moments when she’s got all diva, but mostly things have been plain-sailing! For next week, I have a great homage to Halloween planned. All I can tell you now is that it’ll involve a large pumpkin and my face. It could go monumentally wrong. Those self-portraits you see at the bottom of the page may turn out to be the last known examples of what my face looked like before the Pumpkin Incident.

Next, to excite and tantalise, I’ll tell you about any upcoming photographic stuff. Which currently… is not much. I’m pushing my boundaries though. Pointing my camera at things I wouldn’t even have glanced at previously. I have promised a few local girls (I know that makes them sound like prostitutes, but they’re not — at least as far as I know) some portrait work. Or at least photos of them. Not necessarily portraiture. And I actually want to get out on the STREETS and take some photos there, the cut and thrust, the back-alleys. I suppose I should go into London to do that, or Brighton. There’s this whoooole area of photography (photojournalism, candid portraiture) just waiting to be… shot…  and I’ve not done much of it at all — and I really should do more of it! You saw some stuff in the summer (the Ray Ban Kid), and a few last week, but other than that… not much. So you might see some pretty-local-girl photos in the coming days and weeks.

Talking of local, I also want to get some more of my photos hanging  in nearby cafes and cinemas, or galleries.

And finally, in each and every Tuesday Photogasm, there will be lots of juicy photos: ones I’ve taken in the past week, or shots I’ve dug up from the archives. Enjoy!

Note: Some of these haven’t made it to Flickr yet. Consider them an ‘exclusive’. Also, in the bird photos, are those crows, or something else? 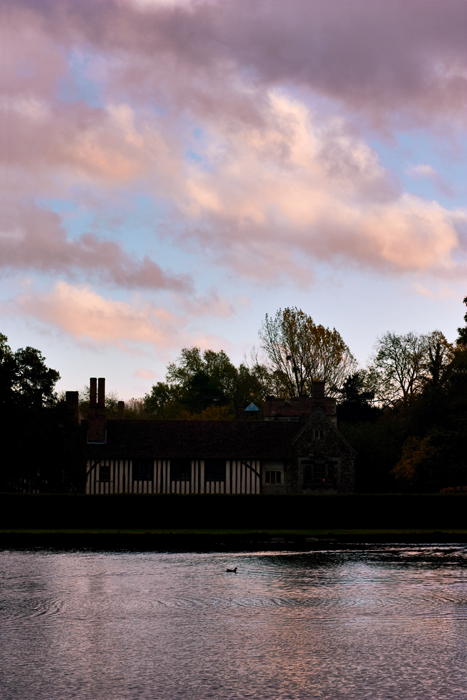 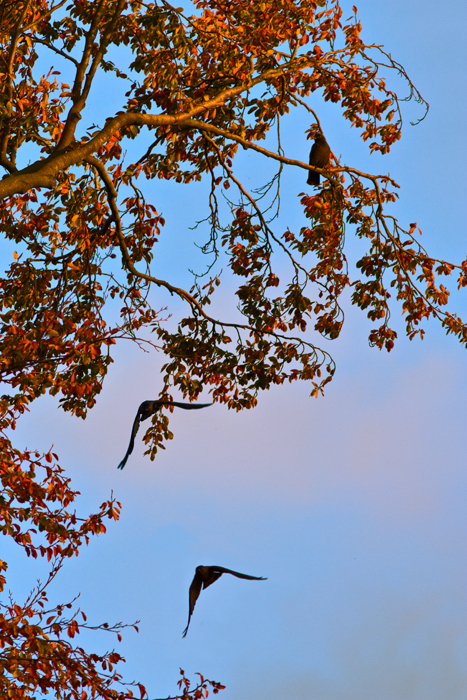 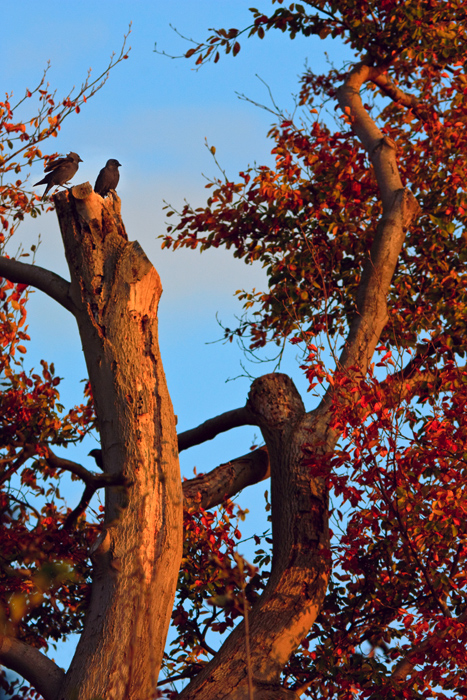 (This one came out really red for some reason… not sure why. It’s over-exposed I think, and not perfectly-sharp. Not that I’m complaining… it’s cool! The leaves in the top right are almost the right colour, incidentally.) 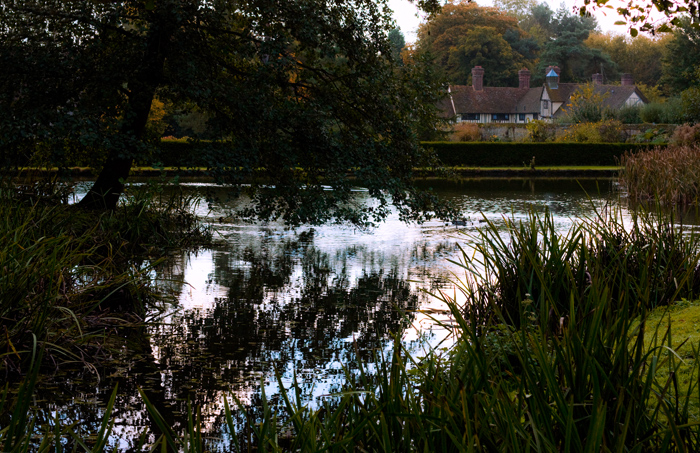 This last one is the first of my ’50mm landscapes’ — an entirely new concept for me. Landscapes… but with a telephoto lens. Makes things feel more… compressed? Compact? More detail, less negative space. Incredibly hard to take too… but I think this photo proves that the concept works, so I’ll be taking some more!

And that’s this week’s Photogasm.