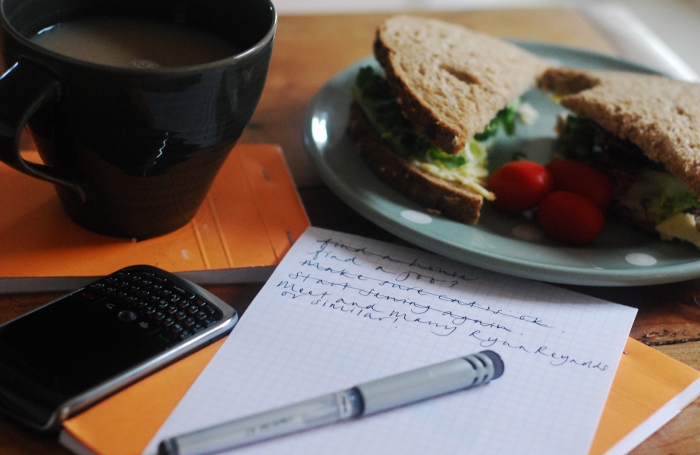 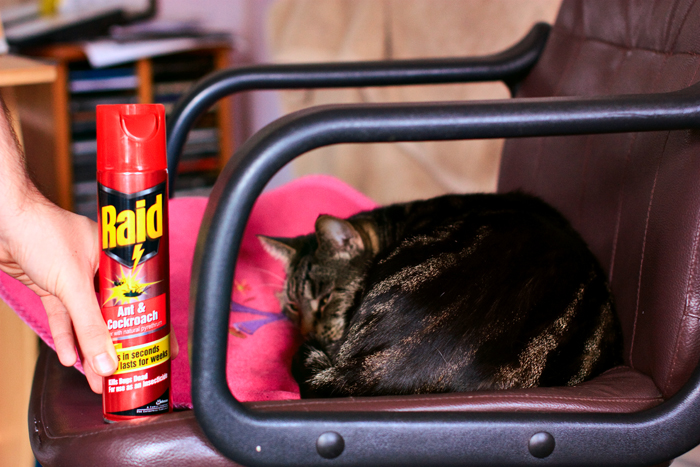 Abi: I am a great list maker and there is nothing that gives you a greater sense of accomplishment than crossing things off said list. Especially when at the start of the week I had no clue about where I was going to live, let alone if I could keep my Cat with me.

It is fair to say that this month has been terribly stressful for me, you only need to ask Seb, who has experienced me in this state first-hand and will probably tell you I have been an absolute nightmare.

It is amazing how things can fall into place in the space of a day. Just overcoming one problem makes you feel you can accomplish anything, which would explain how, buoyed up on this tide of change I added to this list. Because any thing’s possible…right?.

Seb: You have to look closely to see his ‘killer eyes’, but they’re there. Cats often pretend to be asleep. But nothing goes on without a cat knowing, trust me. They KNOW.

After our other cat Eric died, he left us his legacy of fleas — lots of damn fleas. We’re only now getting around to purging the carpets.

I wanted to spray Monaco — the cat you see here — but apparently you’re not meant to use it on animals… as it’s poisonous… lame.

He’s a beautiful cat, but because I don’t like him much, you haven’t seen any photos of him. But he’s the only cat we have now… so I’ll try to show you a little more of his delicious and silky Henry VIIIesque fatness in the weeks to come.

Ethics and Authority of Technology
The watery, grey, dismal... gasm.