Every day there are more of them.

You look around and you’re sure there’s a few more than last time.

One by one everyone’s becoming a geek. Eventually there’ll just be you and your infatuation with reality TV — everyone else will be happily geeking away.

But what’s this? You want to become a geek? You don’t want to be the last one boozing and partying and subsisting away the best years of your life? ‘Let me on the band wagon!’ I hear you scream.

Well, certainly sir, I have good news! It’s easy to become a geek — a better person, by all accounts. A geek is merely someone that is intensely interested in some aspect of life or living. Rather than let life wash over them in an ineffectual, apathetic fashion, a geek grabs something by the horns and shakes violently. Why? When? Where? these are the kinds of questions that geeks asks of the world in general. These five ways to become a better person will encourage you to be more inquisitive of your surroundings — and thus, eventually, a geek.

You must learn about computers. You must not merely use them. Start with the basics — the actual hardware — and go from there. Find out how your computer does something. Discover the best ways of doing something with a computer, rather than just a way. There is always at least two ways of doing something in any computer program — most people will settle with the first one they find, or what they’ve been told. Not good enough! To become a geek you must understand computers.

Computers are the recent past, present and the only future of civilisation. Until we wipe ourselves out in some kind of nuclear war or we’re smashed to smithereens by a comet, computers are it. They’re not going anywhere, trust me. Computers are your access point to a wealth of knowledge unimaginable by those only a generation or two before us. To not understand how they work is like trying to be a builder without understanding basic physics or how mortar works. If you don’t know how a computer works, you should find out. Right now. 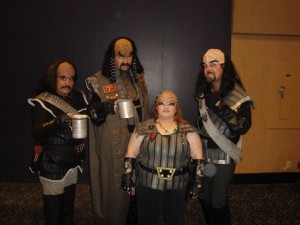 Whether you’re taking up a new hobby or becoming a born-again Christian, it helps to make friends that are similar to you — or similar to how you want to be. Having geeky friends gives you two things – a) something to aim towards and b) egging on. If you ever start flagging, if you’re ever uncertain about your geeky development, you need friends to fall back on! Just like that time you spent at Alcoholics Anonymous or drug rehab, a mentor of some kind can be really helpful. It’s not a necessity by any means, but if you can surround yourself in geeks and geekdom, your geekification will proceed a lot faster.

As for ‘something to aim towards’, it obviously depends what kind of geek you want to be — and then again, some people just want to be general geeks (like me), which is merely a higher state of being. But if you want to become a specific kind of geek, your geek friends must be good role models. There’s no point in befriending maths geeks if you want to be a musical theatre geek! Though if you’re already a musical geek, and decide to branch out into maths… go for it! 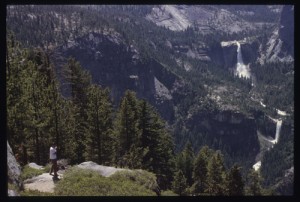 See the world! Taste the planet’s smorgasbord of flavour! Experience life as it is lived by others in other countries, surrounded by different climates and cultures.

This is all about observing the world from a different angle. Shaking up your preconceptions. Garnering enough experience and knowledge that you can distil into wisdom – something you can only do with more than one point of view. I like to think of travelling as ‘plotting more points’ — if you only have one point on a graph, what do you have? Nothing. No direction, no context.

Travelling is all about exploration, a topic you probably know is very close to my heart. This particular step on the path to geekdom is all about dispelling prejudice, about opening your eyes rather than living life in some kind of blind, apathetic stupor.

Be yourself (or ‘be true to yourself’). This is starting to read like a self-help book, eh? But it’s true! Geekdom is about being comfortable with who and what you love. Geekdom is about being happy in your own skin. This doesn’t mean you have to be unkempt and wear trashy clothes — though if you want to, that’s your choice. Likewise, plenty of geeks are ‘fashionable’ or trendy. Geeks span almost every walk of life and rightly so! Geeks can be anything. Geekery is a way of living life not merely an obsession with Star Trek or comics.

Do you think any of our greatest scientists or explorers tried to fit in? They probably went in the other direction even — they tried to stick out! Or rather, if convention suggests one direction, they went in the other. The world is flat! No it’s not. You’ll die if you climb that mountain! Yeah? Let’s see about that! – I’m not suggesting you hole up in your basement and prepare for the quantum apocalypse, but you should try your best to avoid implied or moral obligation. You should do something because you want to, not because your parents tell you to or because all the cool kids are doing it. If you would rather stay at home and pore through Wikipedia, do it! Don’t do something because you have to. Ugh. 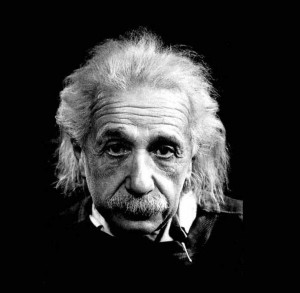 This is what everything here is building up to. Fulfil the other four criteria and you’ll quickly find yourself becoming an expert in one field, or many. To become an expert — that is: someone whose opinion is both valued and authoritative — you must become a master. Mastery is achieved through experimentation, observation, critical thinking — basically, if you can interact with something in some way, you’ve done it. To be a master of sex, you must have experienced everything sex has to offer. To be a master chef, you must know more than just one style of cooking — you must know it ALL! Think of a geek you’re acquainted with — what is he the master of? A particular computer language, a genre of video game, a specific TV show? He will be masterful at something (or many things), that is guaranteed!

It is only through trial and error and the discarding of a vast amount of almost- and false-truths that you become an expert in a given field. When you finally come an expert — when people start coming to you for advice — then you’ll know you’re a bona fide geek. It’s your choice what you become a master in of course. But one thing’s for certain: the world needs more masters of every variety.

If I were a geek…