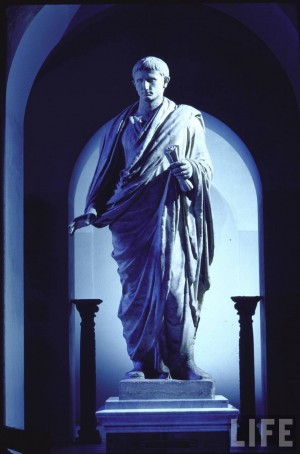 On a surprisingly regular basis I get asked the question: ‘What would your empire be like, Seb?’

It always makes me stop and think. Who told you I’m planning to be an emperor…?

I don’t think I’ve told many people about my aspirations of world domination, but perhaps it’s the kind of thing that manifests and makes itself known in other ways. Maybe it’s the sparkly glint in my eye, or the grandiose sweep of my arms when discussing important issues. Who knows though, really. Humans have a way of picking up on things, right? And it would be stupid of me to deny something that is so plainly true. People will continue to ask me what my empire will be like — so it would be good to have some answers that I can give those that inquire.

And I have some answers. Not a complete manifesto of course — I guess I have another 15 years or so before the world will take an entire manifesto seriously. Damn my lack of senatorial grey hair and wrinkle-implied wisdom. But I have some ground rules, some ideas that would make it a grand and just and mighty empire.

Let’s call this My Manifesto, just for fun. In case any historians are reading: this is liable to change at any time — I haven’t finished travelling the world yet. So consider this manifesto in flux.

Starting at the beginning:

Proper education for all. Plain and simple. ‘Proper’ is defined as ‘an education that prepares you for later on’. If the world wants to be a democracy, education will teach you political science and democracy. If the world wants to be a dictatorship, education should teach you how to be a good subject of the dictator. Remarkably little is actually learnt at school — and most of the ‘important’ things aren’t even touched upon. Probably because politicians/parents/?? are afraid of kids actually knowing what’s going on. Kids used to know so much about the world when they lived their education. Depending on what is important, that should be taught. It will vary from country to country, but it’s about time we actually teach useful knowledge.

This section has been expanded in its own entry

I’m split between dictatorship and democracy. Both have their merits. Democracy/bureaucracy doesn’t tend to get things done quickly. Perhaps a ‘temporary dictatorship’ system like the Romans? This requires the world to actually trust their leader(s) again though — something we haven’t had in a long time now. To successfully push through the changes in this manifesto you would need the support of an entire parliament/senate. Dictatorship would be easier… but that’s the trap, eh?

But I think if you have an educated populace, politics don’t matter quite so much. Politics is all about reaching a compromise between (wildly) varied points of view. Tyranny is easier because only one point of view matters. It works until that point of view is ‘wrong’ — that’s why you have democracy/bureaucracy, to ‘even out’ the wrongs, to make sure things don’t go too wrong. But you ‘even out’ the peaks as well as the troughs. The good bits get diluted. Why do our opinions and the opinions of lawmakers on important matters vary so much? Is it simply due to differing levels of education, knowledge and wisdom?

Historically, most research funding is spent on defence — obviously, if I had a world-spanning empire, conventional military force wouldn’t be required. Planetary defences would be though. But this is a two-pronged thing: research into space travel also aids planetary defence. Many inventions and leaps in technology between 1900 and today have been off-shoots of military spending. But it’s time to move on now. We’re so ‘Earth-centric’ that we’re ignoring a frickin’ huge frontier that’s just begging to be explored. You would be shocked (or appalled) at the tiny budget allocated to space travel/research. We’re talking fractions of a percent of the annual budget. I think we need to care less about what we have now and more about what we could have. We need to give the explorers something to explore. They’re getting antsy, I assure you.

There’s more to it than simply ‘explore space’, but that’s a large part of it. Many corollary industries would surge forward too. Right now our inventions and technologies are very, very ‘Earth-centric’. Alter the playground, the locale, and the game changes. Just compare the kind of inventions we saw in the 1900s to the ones in the 200s. Compare motor vehicles to the Internet — and the sub-industries that have formed beneath each.

I quite like the concept of ‘flat tax‘, but I appreciate that my grasp of economic science isn’t perfect. Social support is a tricky one: how far do you extend the helping hand and deep pockets of state welfare? I think if we explored, our stockpile of available resources would expand at an alarming rate. There are other planets with resources like those of Earth. There are other places with gold nuggets literally dusting the landscape, just as they did when explorers first set foot on the New World of America. Resources dry up but the universe is almost infinitely large. Again, why are we so ‘Earth-centric’? I wonder if Big Oil (or national government even) realises just how much money they could make if they found a planet with oil or [insert some other fuel that hasn't been invented yet].

Taxing the rich is just one way of providing welfare. Would taxes need to be so high if our population density was lower and we had more natural resources? There are (I assume) always going to be people that need support from the state. There are other solutions than taxes.

You can’t begin to regulate the arts — they’re not something that should ever be under the jurisdiction of a government. Thankfully the days of artists being ‘commissioned’ to make self-adulatory statues or paintings of dictators are gone. Arts and artists simply need to be nurtured and they will flourish. I guess this ties into the ‘education’ section above because everyone’s an artist. You are artistic whether you like it or not — it’s just a matter of how easily or readily that art comes out! I have a feeling that making sure schools have adequate resources for the arts is another one of those ‘cheap, no-brainer’ things. I don’t think we need to worry too much about arts on a global scale — TV, film — I think we’re just all suffering a little from ‘cabin fever’ at the moment. All cooped up here on this fair planet with instantaneous communication and the equally instant/urgent need to satisfy our needs.

I know we’ve been static for a very tiny period relative to the entire history of humanity. But things are now moving quickly. The cogs are whirring but we’re standing still. We need to push forward now, towards the fringe, lest our own technology crushes us.