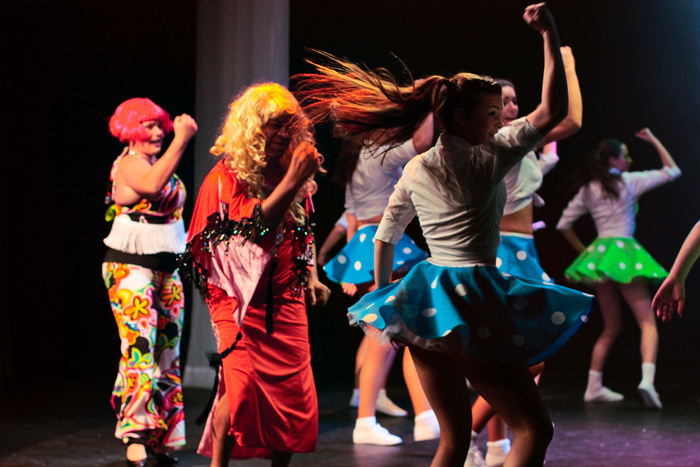 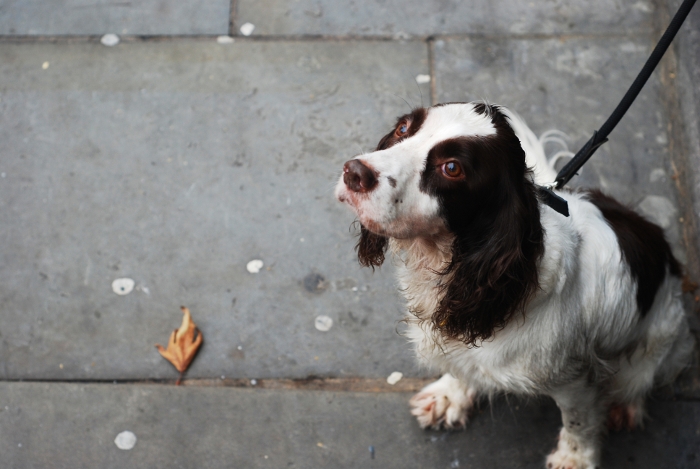 Seb: Finally, a return to stage photography! Unless you’ve looked through the archives, you probably haven’t seen any of my theatre photography — maybe a little live music stuff from the Faroe Islands, but I think that’s it.

I should probably just tell you now… stage photography really is my favourite kind of photography. The lights, the acting, the actors — they all combine into such a dynamic, aesthetic canvas. I long to take more photos like these; I think I’m good at it… so now if only someone would hire me…!

This photo itself isn’t perfect — the composition is way off. But I chose it for this week’s photo because it tells a fun story. And because of the hair — look at the HAIR! The colour is delicious, as are the facial expressions. Look at those two perfectly bent arms in the top right corner!

Anyway! That’s enough gushing for now. There will be more photos tomorrow from the same show.

Abi: I did have another shot planned for this week, I’ve been in London and all the Christmas lights are up and its all pretty but kind of melancholy, as it can so often be in cities at Christmas. However, all plans went out of the window when I met this little guy sitting outside Chelsea Town Hall waiting patiently for his master to come back.

If I were in the practice of canine theft he would have come home with me, but as it is I just had to settle for a photo. My friend Chris will testify that he was doing the best loyal, beseeching look which I think I managed to capture quite well. And now I really want a dog.

Woah, week 15. Every week we go through the same dance, I appear on Sunday evening only for Seb to pop up and harass me for not writing my weekly blurb. Sometimes he makes me want to kick something, he really does.
* * *