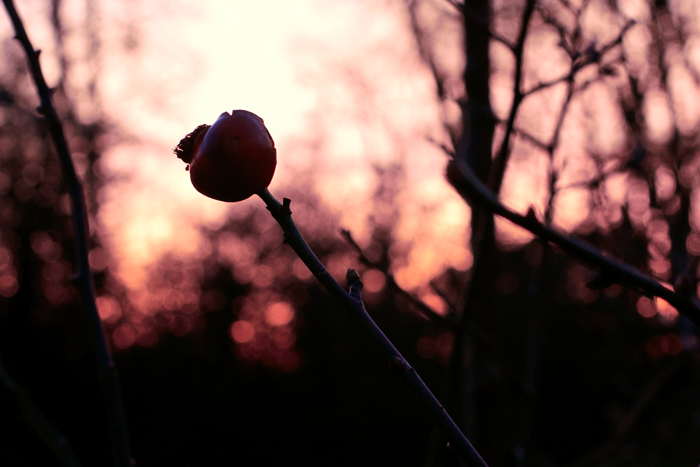 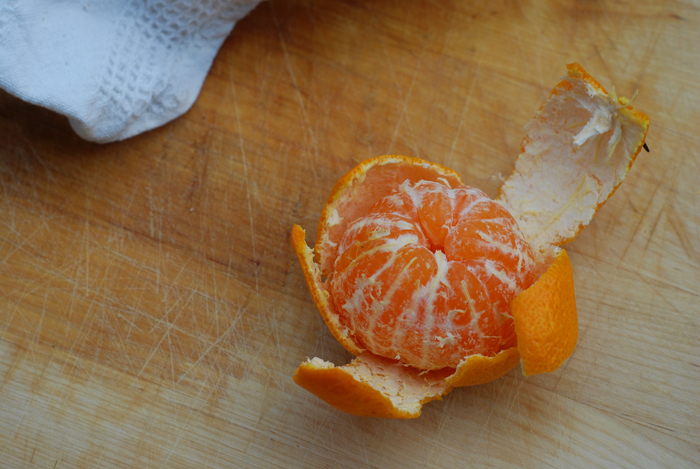 Seb: And so we’re into the festive season! But I seem to have missed the holly berries… or they’re still to come — I don’t know. Either way, this lone soldier of a rose hip was all I could find that reminded me of holly berries and cranberries and red currants — all that kind of… reddy festive stuff.

The background… well… let’s just say I’ve been working on my bokeh technique. It was very tempting to closely crop it somewhere on the left, because the right side is a little distracting, but I’ve left it as-is, straight out of the camera.

I’ve finally worked up the courage to do some people photography (or photography-of-people, I have no idea). I guess you could call it portraiture, but that’s not really my thing. Sounds too formal. Hopefully I’ll have some results to show you next week… unless I bottle it at the last moment, which is possible…

Abi: Argh, I LOVE Satsumas. If I had my way I would spend the whole month of December buried under an avalanche of orange peel. I don’t know what it is about these little guys, what it is about them that makes me want to eat ten in one sitting then look forlornly at the fruit bowl as if to say “why did I not buy another net?”.

I know they won’t be available for very long, and so I must eat my annual quota in one go, lest I risk vitamin C deficiency for the remaining months of the year. Scurvy is no laughing matter Kids!