They, the victims, probably didn’t know at the time that they were going to end up on my blog, but, well… I’m not going to give you their names, and they’re all pretty people, so… it should be OK! One of them will likely be a celebrity in a year or two, so hopefully, when that occurs, I’ll be able to make a little money from the photos…

This week’s been pretty crazy. Again, the weather has been shit, so the photography has been hard work. Yesterday’s ‘Mad Mexican‘ had to be done with studio lights and reflectors, something I’m not very comfortable with. But I have to learn, so perhaps it’s good that England is currently the Land of Eternal Twilight. (Seriously, I woke up at 11am yesterday and it was actually DARK… ugh.)

But yeah, crazy: money is starting to roll in. Photography and writing work is continuing its slow but incessant dribble. Job offers and the like. Out-reaches from the tech and games sectors. It’s still early days, and I did think this would happen, but I didn’t think it would happen quite so quickly. Oh well. Certainly not going to complain…

This week’s photos come from a crazy school fair. Unlike most school fairs that occur at the peak of summer, this one’s in the winter. I don’t know why. Probably so that you can partake in the delight of roasted chestnuts and listen to the deep, throbbing lull of the tuba around the camp fire (really). My mother lured me to it by promising that people would be prancing around in weird outfits and there would be mad-sights a-plenty. But… alas… there weren’t. Just normal-looking people going about doing normal things, like… talking… and eating food.

There was a fun little event however, where literally hundreds of children made gingerbread houses. You paid a few pounds and got given a bag of gingerbread slices, a pot of white icing and a cup of candies. You then had 20 minutes to fashion a house of gingerbread and tacky, ‘structural’ icing before you were man-handled out by harried-looking staff. The rooms (there were 3!) were then prepared for the next batch of keen gingerbread architects extraordinaire.

So I took photos of the gingerbread houses, the making of, and the frivolity that ensued. And I also snuck in a photo of a really cute child. Here we go: 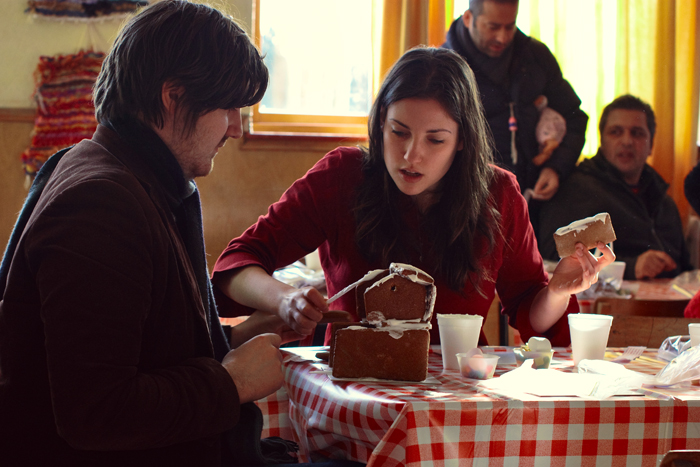 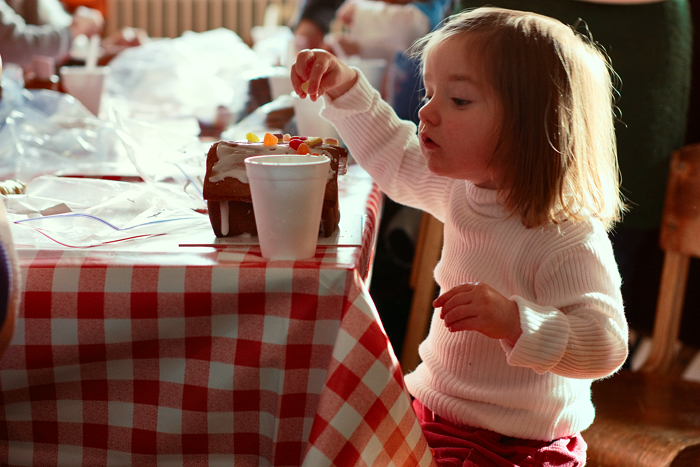 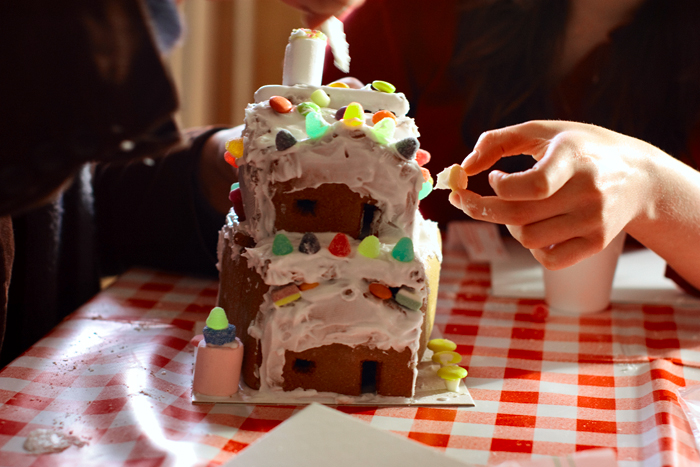 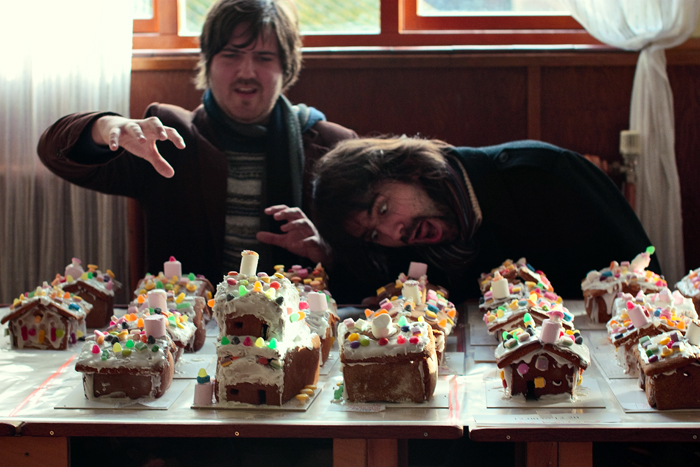 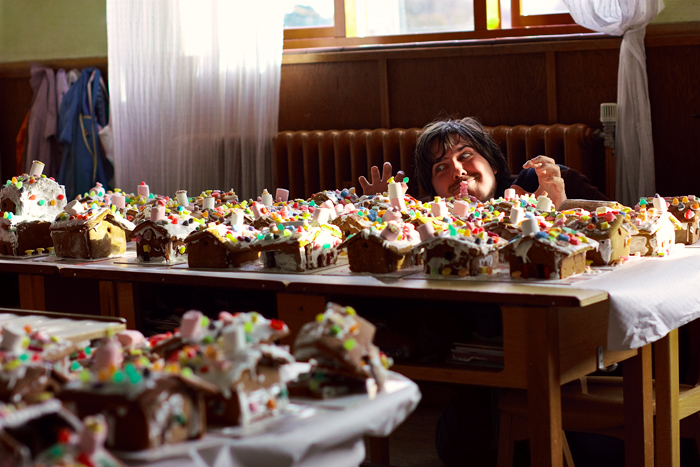 All natural light/straight out of the camera, incidentally. The opposing windows made it rather hard to get a good photo actually. Lots and lots of reflected red/yellow light from the furniture/curtains/cakes — fun!