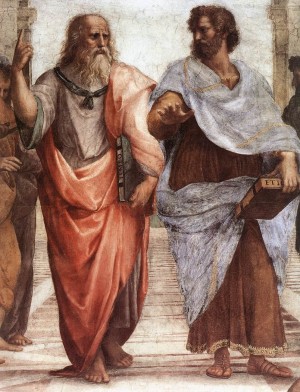 You probably know by now that I’m a bit of a pragmatist. I don’t totally discount the possibility of the paranormal, and pragmatism is a little too strict really, but I’m definitely of the scientific, that-which-can-be-proven mindset. I think there’s more to life than eight decades of faffing about and then decomposing in the ground. I just think it might be a little premature to assume we have a soul, an entity tethered to us in some indescribable, untenable way.

I don’t rule out the possibility of the soul, the spirit or gods, because that would be stupid. How can you claim something without proof? I sometimes wonder about those scientists and cartographers that declared our Earth to be flat. Were they sane? Were they frickin’ scientists? How about the shaman and philosophers that decreed that gods reside in the cosmos — or better yet, that stars are actually gods? Did they just pull that kind of stuff out of their ass, or did it really make sense back then? When did science actually become science, i.e. empirical? [That's another topic for another day I think.]

This is one of those situations where I wish I could be more objective. From my seat (surrounded by three computers and four screens) of power, I can glance back to the dawn of modern civilization, and scry forward to some crazy, potential futures. Were the philosophers of Athens graced with such foresight or hindsight?

How many scientists, philosophers or engineers had ideas beyond their time? Leonardo da Vinci is one example, but I can’t think of many others. Our thoughts are generally held back by the framework that supports the body and mind: society and culture. Is a tribal elder going to contemplate cryogenics? No. Is Aristotle going to think about superconducting super colliders that expose the base units of existence itself? No. If Jesus was born in the 1600s, would Christianity occur? No.  Eminent thinkers are of their time and very rarely anything more.

And then there’s me, and any of my contemporaries that stop to think about the future. We’re in a position now where we can actually think about what the future might bring with some measure of accuracy. We’re about to finally get a glimpse of the universe’s building blocks. Science, at its most basic form, transforms things we don’t know into things we do know. We point a camera into deep space to find out what’s there — we split an atom to find out what’s inside. From the outside, with our weak human eyes, there’s nothing to be had from either, but science proves otherwise. The most basic action in science is measuring, quantifying. Until something is seen, it doesn’t exist: electrons didn’t exist until we measured them and their flow.

What if one day we can point some kind of imaging device at a fellow human and see their soul?

Why is that a totally crazy idea?

Right now, God and the soul can only be experienced through some kind of internalisation — through the mind’s (…) eye. Why do miracles and divine inspiration (or the deification thereof) occur only within our head? Will we one day be able to see those images and feel those experiences with some kind of artificial device? And if we can’t, why not?

Is it because the god, the spirit, your soul doesn’t actually exist?

You have two possible answers:

a) One day, we will be able to see the soul and interact with it, without the brain. We’ll be able to photograph it, stretch it, test it. The inexorable march of science means that eventually everything in the universe will be ours to play with.

And now, as we live in a universe with laws, where science rules supreme, there must be the other option:

b) The soul doesn’t exist. Gods don’t exist. They are both constructs of an incredibly powerful machine — the brain.

I wish the fellows over at CERN would hurry up and smash some protons together in that large collider of theirs. I really want to know the extent of these three dimensions we inhabit.