I’m stretched really thin at the moment, so the best I can do is a damn history lesson.

Let me tell you a little about Lindfield. It’s one of many ancient towns that dots the south of England. It has existed in some form or another way back into prehistoric antiquity, but apparently it entered ‘modern’ history back in 765AD. There’s a photo (below) of the oldest ‘original’ building in the town below — it’s called the Church House now. It doesn’t look that old though; it’s probably been rebuilt a dozen times in its life. No one knows exactly how old it is, but it dates back to around 1100 — 900 years old!

The name of the town comes from the Saxon/Old English ‘Lindefeldia’ — you gotta love old place names, they’re so simple — it literally means ‘field with lime trees’. You Americans probably don’t realise this, but almost every English town name has a very literal meaning. My nearby town of Crawley, for example, means ‘a meeting place for crows’. York (as in New York!) probably comes from ‘a place of yew trees’, but it’s been through about four different languages and transliterations to arrive at modern English. Obviously ‘Palm Springs’ is the modern-day equivalent of such naming schemes…

Anyway, fast forward a few hundred years and Lindfield is now a proper town on the route between London and Brighton. There’s a lot of 15th and 16th century buildings (big, exposed wooden beams) that were probably built by important Tudors. One of them is a ‘hunting lodge’ (it’s huge), and it’s near the church, so that’s probably where some king or prince hung out during the hunting season.

Most of the modern High Street (do you have that term in America? Or is it just ‘central avenue’ or something?) is 17th and 18th century. It’s almost entirely Georgian architecture. There’s a big manor in the middle of town (I didn’t get a photo), but it’s been renovated so many times that it’s impossible to say how old it is. The fascia is Georgian (and painted a nasty grey/green), but if you look at the side/back it’s obviously a lot older. A lot of old England suffers from this problem — damn FASHIONS! It’s not uncommon to see a 400-year-old house with 1970s-style rendering on the outside. Makes me die a little inside.

Lindfield even has an original red post box AND telephone box. You’ll need to be British to really appreciate this — everyone else, just… I don’t know… take my word for it: they’re a massive part of modern English history. Anyway, enough with the lecture (but feel free to ask for more info if something tickled you) — on with the pretty photos!

I have some awesome sunset photos which I need to share at some stage. I guess I can put a few up here tomorrow, and some on Flickr. 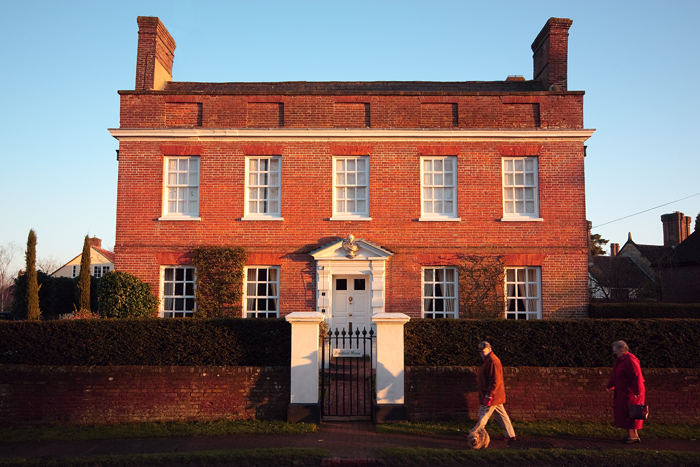 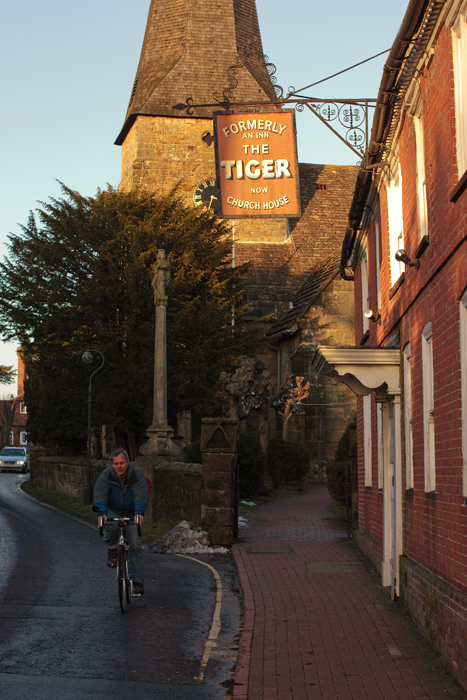 (Note that the church house used to be a pub… ah, irony…) 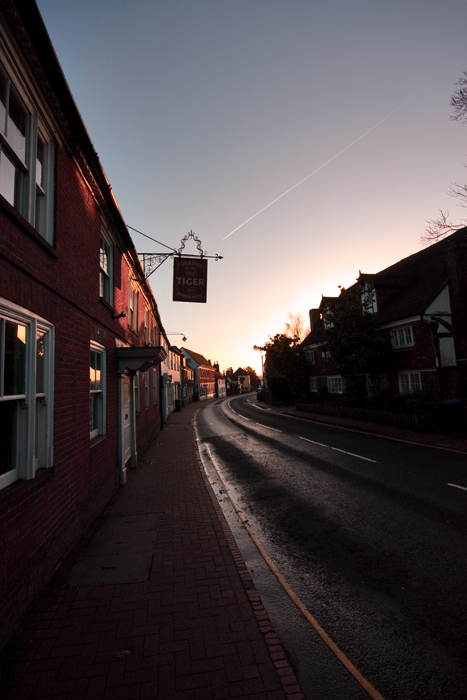 (The sun’s really starting to set by the time I took this photo… lovely.) 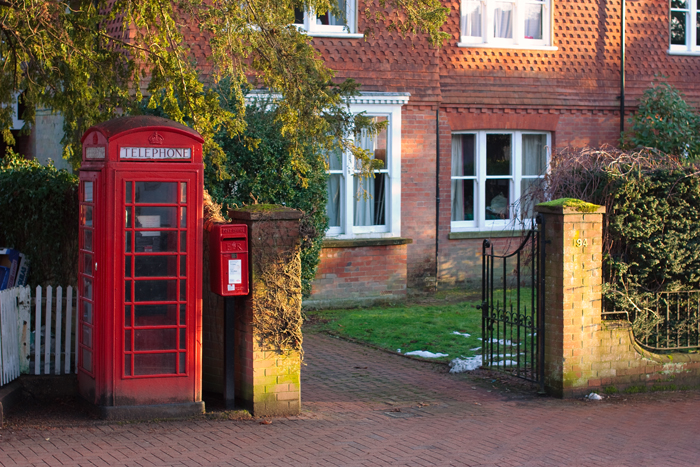 (This isn’t the most amazing photo in the world, but it’s pretty rare to find both famous red boxes next to each other. Only in ancient towns like Lindfield I guess!) 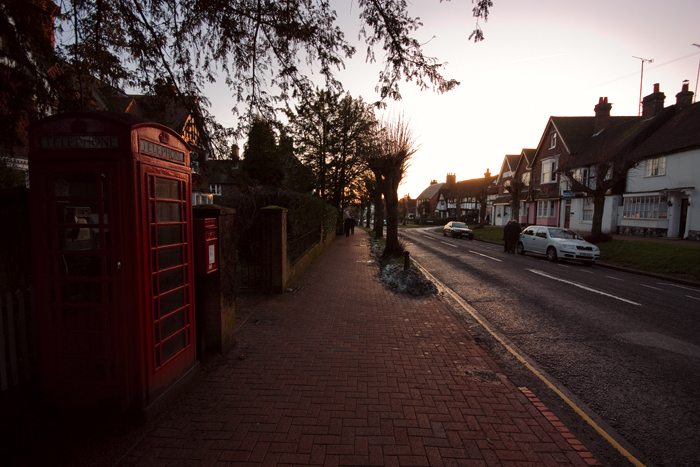 (The old people walking towards us would, in about 30 seconds, be treated to the spectacle of my mother and I playing around in the phone box…)

As you can see, I didn’t actually get many photos of old houses — because I’m a die-hard landscape photographer. The first photo, of the house, is pretty nice though, right? It’s just that the sun was very low, and all the ancient Tudor houses were in the shade of other houses and trees.