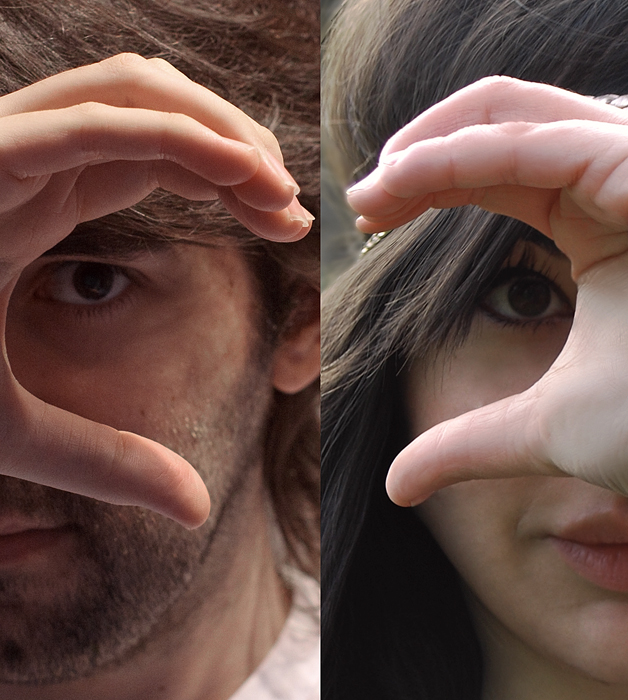 When two become one

It’s Abi writing the blurb this week. Seb made me, on account of his acute observation that “I am a girl”. He then threw a paddy because the Valentines card I sent him got “lost” in the post, he spent several hours (attractively) pouting then refused to write this so here I am. He is SUCH a Diva. And then the dilemma of what to write in this space “Just say how much you want me Abi” he said, well actually I edited what he *actually said* its too rude but… that’s men for you.

So.. Valentines day. We hope you have someone to squidge/get a card from/get offended and have a fight with because they didn’t propose to you. And if you don’t, well that’s OK too. No pressure or anything.

I hope you can tell what we are trying to do here. Two halves of a project, two halves of a heart.. see? Trust me, that’s not the shape you want to be forming with your hands alone and in public. I got some odd looks in the park I can tell you. I would also like to draw your attention to our matching fringes. I’m the one without a beard, in case you were wondering.