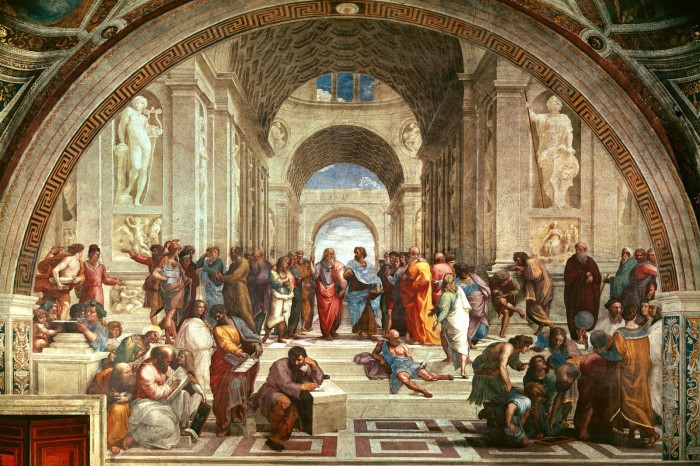 I don’t know where to start with this, the subject that surely supersedes all others. It — life, necessity and peace — begins and ends with education. With a good education the world is your oyster. Without education… God, it’s so tricky to put into words, but I’ll try.

The expanse of your knowledge, your wisdom, your skills and ‘working set of data’ is only limited by your ability to learn, to educate yourself; or to be educated. But it’s a feedback loop: you can’t emerge from a dark cave at the age of 40 and suddenly be wise. Knowledge must be accumulated, wisdom and skills are cumulative — they must be continually renewed and refreshed or it becomes the stuff of stale housewife tale. Because it’s a feedback loop, the longer you stay out of the loop the worse it gets. Even worse, the further out of the loop you are, the less chance you have of realising it…

The world is moving fast. Really, really fast. Every day we uncover new data about the world we exist within, and new rules and relationships that elucidate and underline the lives we live. Every day the goalposts move back a little bit. In the past it might’ve taken a century for a significant change in world view to occur, but now it happens quickly – not so rapidly that we can’t keep up, but fast enough that things can change in the blink of an eye.

And therein lies the problem. We can’t keep up. We’re not trained by school, state or society to keep up. Sure, there are a few individuals that sit on the ever-expanding cusp of new knowledge, but not enough. More problematic is the fact that these great thinkers don’t have anyone to share their knowledge and thoughts with.

This problem is so endemic that it’s almost impossible to think with. How do you think outside the box when you’re in the damn box? You’ve probably all had run-ins with ignorant people — or maybe you’re ignorant yourself. Ever met someone that’s not exactly dumb, but totally unreceptive to information they don’t already know?

There are people out there, 40, 50, 60 year-olds that are still parroting stuff they learnt at school, or hand-me-down ‘wisdom’ from ma and pa. Not for a moment do they think that their knowledge is stale, out-dated or simply wrong — that’s their world view and they’re sticking to it. But they’re not dumb people! I might have just described your mother or grandfather, I might even have described you. But it’s not your fault; it’s endemic to society. It’s inescapable; you enter the infinite loop simply by being born.

It’s all because we lack critical thinking. We don’t question what we learn. We don’t interrogate our surroundings, nor do we question the credibility of arbitrary authority — just because someone says it is so does not make it so. The world didn’t turn out to be flat, nor does the Sun orbit Earth — but would you like to take a guess at how long it took for those two beliefs to leave the body of common knowledge?

We’ve long known the danger of false information. We know that sometimes it is distributed with propagandistic intent, and sometimes it’s just a half-truth or something that we can’t yet measure. But for some reason these things stick. For some reason we find it very easy to ignore new data that doesn’t align with what we already know to be ‘true’. There are some that believe the science of 2,000 years ago still supersedes that of today.

That’s insane! It’s utterly insane. After almost four millennia of modern civilization we’re still uncomfortable at throwing out old knowledge so that it can be replaced with the new.

Most of the world is currently operating on stale knowledge. Our mothers and fathers and teachers, and even our military generals and world leaders are trying to use incorrect data. The implications of this fact are numerous; all of them are scary. Most importantly, it perpetuates, from mother to child, from teacher to young person, and ultimately from society to adult.

It’s a loop that’s almost impossible to break without a complete overhaul of how we think, and thus how we educate. Currently we’re taught what we need to know. What we need to be taught is how to think.

The method we use now — teaching what we think children need to know — could work in theory, with a syllabus that is updated very regularly. In fact, that’s probably how this method came to be in the first place: discovery of knowledge and new facts was once so slow that a syllabus made sense. ‘These are the facts. We have known them for centuries. Go learn them.’ If you could somehow devise a list of ‘everything that you need to know’, a contemporary list that kept pace with modern technology, then this method might work. But lumbering under the bureaucratic umbrella, such a system would never get off the ground. The syllabus would be outdated by the time it made it through the first two committees — who knows what it would look like after the fifth or sixth…

That leaves the other method — teaching kids how to think. Don’t misconstrue this — I don’t mean instilling ideologies of thought. I simply mean that school, at the moment, doesn’t require a lot of actual thinking. You read what you’re told to read, you write what you’re told to write — there isn’t a lot of thought actually going on. In school we study for the singular purpose of passing exams and, through the rewards of university, a job and affluence, such behaviour is actually enforced. If you try to go your own way and actually learn something pertinent, God help you — you’re on your own. Critical thinking, thinking outside the box, is simply a waste of time — why bother jumping in the deep end when it’s not necessary? Don’t you have an ‘exam-writing technique’ class to go to anyway?

Because this situation is both omnipresent and self-perpetuating, it’s incredibly hard to fix. You need new teachers first — teachers with parents that have instilled them with free thought. And then you need those teachers to pass it on to children. You only have to do it once, for one generation, because it too would be self-perpetuating. In 50 years you could have a world where everyone has the potential to be the next Einstein or Edison.

This expands on the basic framework for Education in my Empire’s Manifesto.