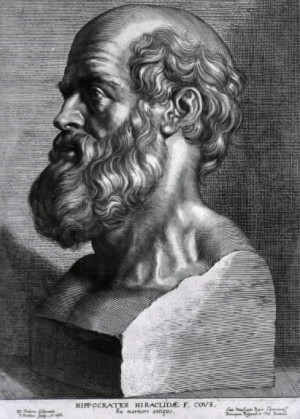 Healthcare (or health care if you’re a colonial) means different things to different people. Depending on where you live, your background and your income, it might be synonymous with either insurance or the treatment of illness — and in some cases, it can even mean the public health of a nation or zone.

It’s important to think about these three things as separate entities: despite prevailing culture, you can’t mix up health insurance with the actual treatment of illness — they can both exist, but must be independent of each other. Health insurance, in countries without publicly-funded systems, is simply the way health care is paid for. In countries with ‘universal coverage’ like the UK, health insurance is used to pay for private care, or ‘complementary medicine’ (i.e. new/weird science). Public health is the overarching effort to improve health through improved knowledge and awareness, such as eating five portions of vegetables a day, ‘got milk?’, and so on.

Now, with that out of the way, let’s tuck in.

Healthcare is vital in the most true sense of the word. Without it we would die, immediately in a blaze of flame, or in a laboriously drawn-out fashion — it doesn’t matter: health care stops us from dying. Healthcare is so vital (there’s that word again) that about 10% of a Western nation’s GDP — 10% of its entire income — is spent on it. Some would argue that’s a small price to pay, for longevity of life. By comparison, most nations spend between 2 and 4% of their GDP on military/defence, and education comes in at about 5-7% of a nation’s GDP. So, as you can see, and have no doubt heard from Obama, health care is the biggest human issue.

But it’s all a damn mess; a horrible void of misunderstanding and overspending. And it all derives from a ‘knowledge gap’, between the doctor and the patient. The same can be said for most professions, but with healthcare the distance is most significant. Even if you don’t know the basic fundamentals of household plumbing, or how data traverses the Internet, you can still sleep soundly at night. But what if you’ve just been told you have cancer? Or that you’re being treated with Interferon beta-1a? You get a little jumpy, a little nervous — because you might die.

If we’ve learnt anything about the human body in the last 100 years, it’s that we should fear the inevitable onrush of death. Somewhere along the line we made the switch from ‘the most rugged and tenacious mammal on the planet’ to ‘wuss’. We used to live — and die. Now there are many more steps on the meter: alive, stressed, ill, broken, comatose, dead — and thousands more slotted in between.

Something doesn’t make sense. Why are we more afraid of our health now than 100 years ago? I’m not saying no one cared about death back then — people certainly put a lot of effort into making sure things were left tidy, and that the relevant gods would receive them into the afterlife — but it was just part of living. I think it has something to do with knowledge, and thus certainty and confidence. If you’re brought up with the knowledge that you will die by the age of 60 and you will die if you mistreat your body, that’s some stable knowledge that you can operate with. You can go out and live life.

What do we know about life and death today? Do you know how long you will live for, or if the quality of your life is assured? If I eat this burger, will it shorten my life — does that even matter? Should I be worried about senility, or will biotechnology/biopharmacy save me from that feckless fate?

It’s pretty weird to be confused about your own mortality, eh? A long, healthy life is the single most desirable wish — yet it is the one thing we are most uncertain about! I want to tie this in to the downfall of faith/belief and the rescinded promise of eternal (after)life, but I’m not sure I can yet — but it would make sense that, up until the last century, death was just been a temporary setback… but now it’s personal. (I kid, I kid, but you get the idea.)

To fix this problem, we need to close the gap between bleeding-edge research, the doctors, and us. We have to know more about our bodies and what they’re capable of; education obviously ties in at this point. I think we’re regularly reminded, and amazed, by what humans are capable of and how resilient we are — but at the same time, we have never been more aware of just how defenceless we ultimately are. Back then, we just died. No one knew why, we just died.

Now we die of cancer, heart disease, sclerosis, embolism — all invisible, all able to pounce at any time with little or no warning. But they’ve always been there, just like gravity or hydrogen. If we want to live long and healthy lives, we must teach about healthcare in schools. We must learn more about the body than the knee bone’s connection to the thigh bone, more than veins and arteries — like ancient Rome and Athens, education must be contemporary and hot on the heels of research.