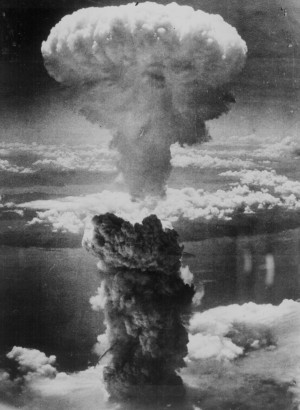 How better to celebrate the day after Valentine’s Day than with the discussion of WAR?

I’ll let you in on a little secret, something I’m rather ashamed of: my knowledge of history is really lacking. I blame it on my schooling: basically, we studied the Romans, the Tudors, some Jurassic/dinosaur stuff… and that’s it. Seriously, I left school not knowing a thing about World War 1 and 2, or any contemporary political history. Oh, I forgot: we also studied the Normans — so, millions of years ago — then a huge gap — 2000 (the Romans), 1000 (the Normans) and 500 (the Tudors). And that’s it.

Obviously my knowledge of history has improved now, but there’s still some huge gaps from the last 500 years or so — Napoleon? I know that ended in Waterloo… I think. And there was the Crimean, but I don’t know anything about that. World War 1 was started in Serbia or something… but Vietnam? I haven’t a frickin’ clue why there was a war in Vietnam — and Burma too?

There’s a huge block of wars that occurred in colonial times, between 1600 and 1900 — not least of all the War of Independence (which I only found out was America vs. Britain recently!) Britain has been at war with Spain, the Netherlands, France… in fact, I think the only power we haven’t been at war with is the Portuguese. The colonies (i.e. everywhere except Europe) have basically been in a constant state of flux for 500 years, until the relatively-calm period of the last 50 years.

You probably know that New York was originally New Amsterdam — it was handed over to the British Empire, as part of some peace treaty with the Dutch Empire. Did you know that, after the First World War, Iraq was part of the British Empire… for more than a decade! Ah, the Middle East… for more than 2,000 years it has been the most contested part of the world. First for religious reasons, then exploration and trade, and now energy (with a bit of religion).

That’s the bit I get a little bit hung up on. History is full of war. Peace can be described as ‘the time between two wars’. Is there really a difference between terrorism (the instilling of terror within a given populace), and war? ‘Terrorism’ is usually used to describe acts by small groups upon entire nations — paramilitary, guerillas, etc. Is it any better if you declare war beforehand, and then send five guys in a B-29 to kill 100,000 people in Hiroshima?

Then we have ‘the crusades’, a rather fancy term used to connote a religious war. Crusaders are, by definition, religiously sanctioned warriors — you are killing in the name of a god. A crusade, generically, is an attack on some kind of lifestyle or ideology. You can have a crusade against drugs, or drunken behaviour, or Islam. A crusade, in essence, is righteous — its instigators firmly believe that what they are doing is right.

And therein we have a problem, because I’ve just described every war, religious or otherwise. War, from the protagonist’s point of view, is right. You don’t march into another country for fun, you do it because you must. War is a necessity for long-term survival — it is rational in that sense. (Well, OK, war — after diplomatic means have been exhausted — is rational.)

This is quite a hard thought to get your head around, but hang in there. Islamic terrorists declared war on America for ideological reasons — as an American, you probably can’t comprehend their rationale, but the terrorists believe they are right. Seriously, just as the Nazis wanted a world without Jews, they want a world without Americans. Look at it from the opposite point of view: George Bush declared war on Iraq, because he thought it was right. It’s as simple as that. The calculations leading up to that decision might be infinitely more complex, but it ultimately boils down to ‘it’s us or them’ — our way of living, or theirs.

It’s kind of funny, but obviously very sad at the same time: war will always exist. Fortunately, with the world explored and colonialism out of the way, we don’t war over land — but it was never about land anyway; it was about resources (food, slaves, oil, etc.) And guess what… (those of you that know me will know what’s coming) — until we get off this planet of ours, until we reduce the strain on our natural resources, war will always exist. We can build upwards into the stratosphere and down to the Earth’s mantle, we can synthesize materials and use ‘greener’ manufacturing methods, but ultimately we’re going to run out of resources.

Imagine for a moment: we have space travel. We can jet around from star to star, planet to planet. Can you imagine a war occurring back on the home world? No. Try to visualize the extent of the universe and the trillions of planets that can support life. Do you think we would ever need to war again? No — at least not for a very, very long time.