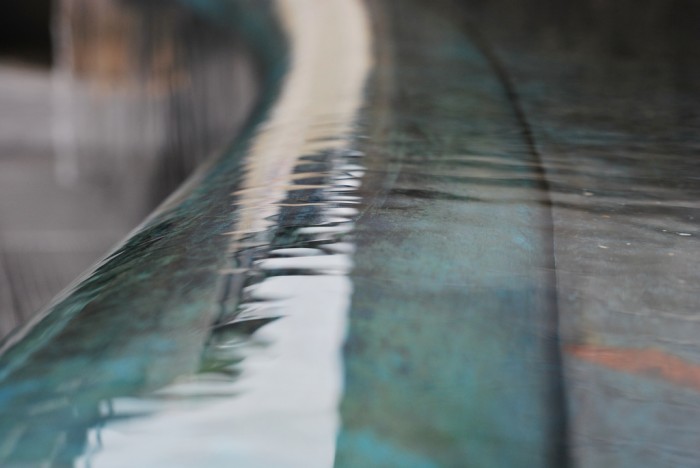 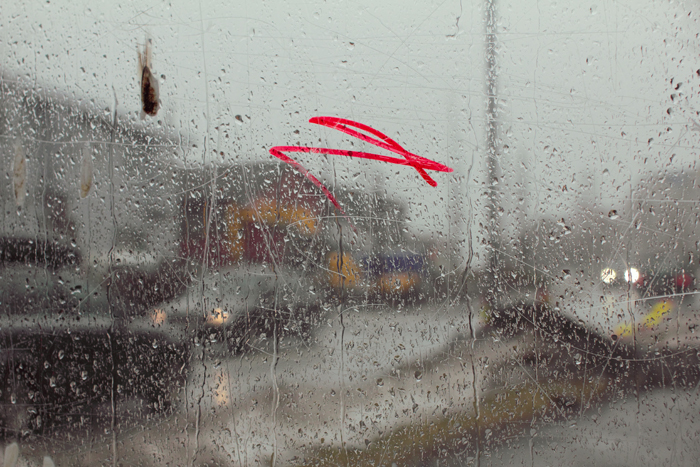 Watershed & Only happens when it rains

Abi: Living in England we are used to the disappointment that poor weather can bring. We are used to cancelled plans, rained off sports fixtures and hasty contingencies. While it seems Seb is enjoying his fair share of rain in Norway, I seem to be experiencing similar conditions here in the UK, as if in sympathy. Bristol is something of a rainy city but this last week we have enjoyed some bright sunshine and lighter evenings. Of course when I ventured out with my camera to capture this splendour the heavens opened. I got absolutely drenched. This waterfall (or ledge) is a close up of the shallow pools and cascades that can be found around Bristols waterfront.

I realise that the former paragraph does nothing to dispel the myth that we Brits love to talk about the weather.

* * *
Seb: Welcome to Bergen! The city that is beautifully blue and balmy in EVERY brochure EVER made EVERYWHERE. Guess what… they lied. I get the feeling Bergen is maybe sunny and dry for a few weeks every year. Tops. Really, look at a map — I’m further north than the northern-most point of Scotland.

It’s actually very like the Faroe Islands. There’s even microclimates between the valleys — but when it’s simply RAINING EVERYWHERE, that doesn’t really matter, eh… Incidentally, at this bus stop, I actually met a couple of kids that would later become my first ‘strangers’ — but more on that later!

I don’t the weather’s going to improve here in Bergen, so here’s hoping things are better in Trondheim next week.

At the time of writing, the sun is shining...
Strandebarm, or standing on the edge of dark grey infinity