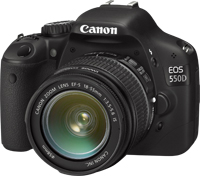 Last week I said that if no one else wrote a review, I would — and as it turns out, there’s still just a bunch of previews but nothing substantive. Yes, it has 1080p HD video recording capabilities, yes it has a shiny-almost-Canon-7D-18-megapixel sensor… but no one’s commented on what it feels like. Specs are only a tiny portion of the story — so here’s a hands-on review of the new Canon 550D.

Note: Don’t expect a highly-technical review. No doubt professional sites like DPReview will get to that in due course. This is all subjective. There are no chromatic aberration graphs, or side-by-side comparisons. Just some test shots, some video, and my (fairly) expert opinion. I’ve also never done this before, so the format might be a bit weird. Stick with me though, I should cover most of the important stuff!

You can skip directly to the sample photos, if you want to see some evidence of the new CMOS sensor and metering system, or the gains in high-ISO performance.

Before the 550D, I used a 450D for my ‘every day’ and on-the-move photography (travel, mostly). The 550D is identical to the 450D — weight, shape, balance, etc. The body seems to have a slightly different finish, and the grip is a little ‘grippier’. In more detail:

The trigger: The button itself is a little harder to depress; slightly more ‘clicky’. Not ‘hard’ to operate though, just a little more… affirmative.

The buttons in general: No doubt the change to the trigger is due to an overhaul of all the buttons on the camera. The buttons on the back of the camera are now flat, making them quite a lot easier to use (though they take some getting used to!) There’s also a new ‘record’ button up by the eyepiece, to go with the camera’s video capabilities. Personally I still have a few issues hitting the depth-of-field-test button, but I think that’s due to my huge hands.

Other bits: In all other ways, it’s identical to the 450D (and 500D, I believe). There’s a new HDMI output, below the USB output, and an audio input (mic) above — and also a microphone on the front; for the video capabilities. Oh, it uses a new kind of battery too, the LP-E8 — so you’ll need new batteries, and a new grip too (lame!)

[Sample images are at the end]

The most important bit! (Unless you’re buying it for the 1080p HD video thing, anyway — that’s a bit further down the page). Does the 550D take good photos? ‘Hell yes’ would be the easy answer, but let me break it down a bit.

Image quality (IQ): Better than the 450D, but I can’t compare it to the ‘identical’ sensor of the 7D. There are reports of it producing very, very similar photos to the 7D, despite Canon saying that the sensor is ‘not the same’. Of course you don’t get the weather sealing, but at half the price and half the weight… who am I to complain. The 550D uses ‘gapless micro lenses’ infront of the CMOS sensor, increasing the quality and sensitivity of every pixel. This in turn opens up ‘extended ultra-high ISO’ settings (more on that in a second).

Shooting: Continuous frames-per-second seems about the same as the 450D, despite the new DIGIC 4 processor — the listed speed is 3.7FPS, but if you shoot in RAW-only mode it will reach 6FPS! There’s all the standard options — RAW, JPEG, RAW + JPEG, etc. — but there’s currently no RAW support for Adobe Lightroom/Photoshop. The Canon Digital Photo Professional RAW processing tools are OK, but lack the depth of Adobe’s Camera RAW.

Metering, auto focus, and exposure compensation & bracketing: While we still only get the 9-point auto-focus (damnit!), there is a new ‘iCFL’ metering system in use, inherited from the Canon 7D. Basically, each of the 9 focus points collect a lot more information that’s then used to more-accurately expose your photos. From my tests, it does seem to be better and more reliable  than the 450D — but it’s pretty hard to test empirically. The AEB (exposure compensation/bracketing) now lets you go from -5 to +5, in steps of 1/2 or 1/3 — pretty neat, if you shoot into bright lights a lot (stage/theatre photography, in my case).

Custom functions: Some of the juicy high-end custom functions make their Rebel debut:  ’ISO expansion’ and ‘noise reduction’. With more pixels rammed every closer together, noise increases and image quality generally degrades — enter TECHNOLOGY! How better to counter technology issues with yet more technology? First, there’s ‘ISO expansion’ that lets you shoot at up to 12800 ISO speed, i.e. almost complete darkness with a large-aperture prime. There’s also on-camera noise reduction that seems to perform a lot better than the on-computer equivalent — you can enable noise reduction for all high-ISO shots, or just for long exposures. If you’ve used a digital camera in the dark, you’ve probably noticed the noise that creeps in — these new functions go a long way to making digital cameras better for night-time photography.

THE DAMN SHUTTER: The shutter is still loud enough to scare children from 100 meters. It’s a bit quieter than the 450D but not by much. Why does Canon give us such a noisy mirror mechanism when they’re capable of so much better? Lame.

No doubt you’ve heard about the Canon 550D’s video capabilities. It was only a matter of time before the functionality dripped down from the 5D, to the 7D, and ultimately the 550D — you can now get a full-HD 1080p digital camera for just £700… crazy! And it’s pretty damn good at it too. Check out this little video clip:

Excuse the bed hair, but still — did you try it at 1080p? Full screen? (If your computer will even render it…) Anyway, the video functionality, in more detail:

Video quality (VQ?): I’m nothing more than an avid, amateur film maker, but the reaction of those that have seen my test 550D videos have been universally great. It’s simply flawless, 1920 x 1080 video. Just like usual film-making, the lens matters a lot. I’m not sure how else I can rate the video quality… it does exactly what it says on the box; that’s it.

Audio quality: The 550D has a forward-facing monaural microphone. It’s surprisingly good, though I haven’t tried it ‘at a distance’ — I can’t imagine it’s particularly directional. You can also hear a lot of noise from the wind in one my other videos. It was really, really windy though. Anyway, it’s more than enough for indoors and self-documenting work. There’s also an input for an external microphone (3.5mm jack).

Other bits: Video recording on an SLR is definitely a two-person thing. There’s no auto-focus, you see — well, there is, before you start shooting, but not once you press ‘record’. So you need a tripod, and depending on how bright it is, you might be trying to stay in a very shallow focus plane (look at my other test video to see how shallow the f1.4 focus is!) By default video recording is in ‘full auto’ mode, which basically chooses the ISO/aperture to match your framerate (24, 25, 50 or 60 FPS). You can switch it to ‘manual’, if you need to force a particularly wide/shallow depth of field.

There are a few things that don’t really impact your use of the camera but are still worth noting, if only for a sake of completeness.

There’s a new LCD screen: It’s very nice, with lots of pixels and less glare than the 450 or 500D. It’s also the first 3:2 screen — i.e. wide-screen — so your images aren’t shrunk-to-fit any more! The new LCD screen is a real joy.

The digital menus have been enhanced: You can now access more ‘buttons’ through software — hit the new ‘Q’ button and you can change things via the LCD screen. Overall the menus are unchanged (though very busy, with all of the new video recording options), but with the new screen there’s some more real estate that is well-utilized.

Embed copyright info into your images: One of the smaller features to find its way from the higher-end Canon cameras is the ability to add your name and a custom copyright notification/message to every image your camera produces. It’s stored in the EXIF data for each image. Pretty neat!

I’ve only had the camera for a few days, so I haven’t had a chance to try every kind of condition yet. I’ll try to add more to this little gallery over the next few days and weeks. The various improvements to the sensor and the addition of some custom functions to the 550D are generally tailored towards more extreme use — low-light, especially. There’s also ‘Highlight Tone Priority’ (another custom function), but I haven’t had a chance to play with it yet — 7D users are reporting great results though, especially for candid/external portrait photography (weddings), so the 550D is probably just as good in that regard. 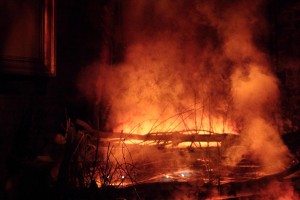 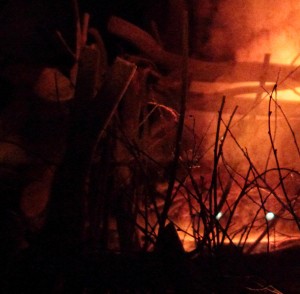 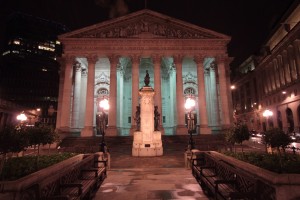 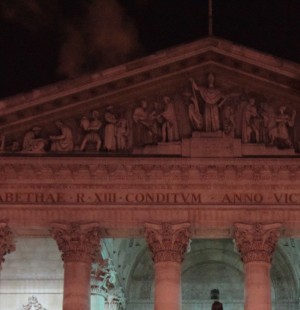 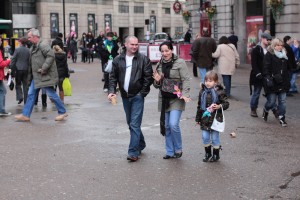 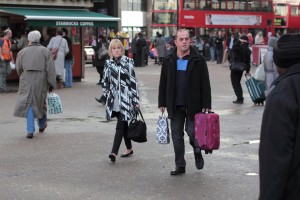 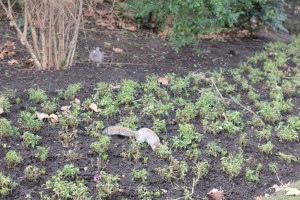 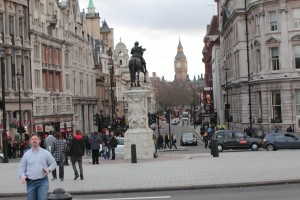 Photo on the left looks a bit bright (but it’s accurate). Metering on the right looks pretty spot on, with dark/bright elements!

* * *
If you have any questions about the camera, feel free to leave a comment — I’ll reply.

Video test, Canon 550D, in which I babble

A wild trek through the undergrowth…