So, I’ve been here for about 36 hours, and two main things have made themselves known:

a) It’s incredibly expensive here. Like, twice as expensive as London. Almost £10 ($15) for a dessert. Beer and some nuts at the concert hall cost £10. Basically, everyone here is fairly rich, and there’s a vast amount of money in the economy, so it’s all inflated — to them, it’s not very expensive. To tourists like me… I feel like a frickin’ poverty-stricken student.

b) Bergen is basically a larger version of the Faroe Islands. By that, I mean it’s rainy and foggy and cloudy and windy. The only real saving grace is that it’s not actually cold — and, despite the 10 meter visibility, it’s a very beautiful city.

A few photos for you — first one’s from yesterday, a Nazi bunker; the other two are from a few hours ago, traipsing around in the wet, wet, wet. 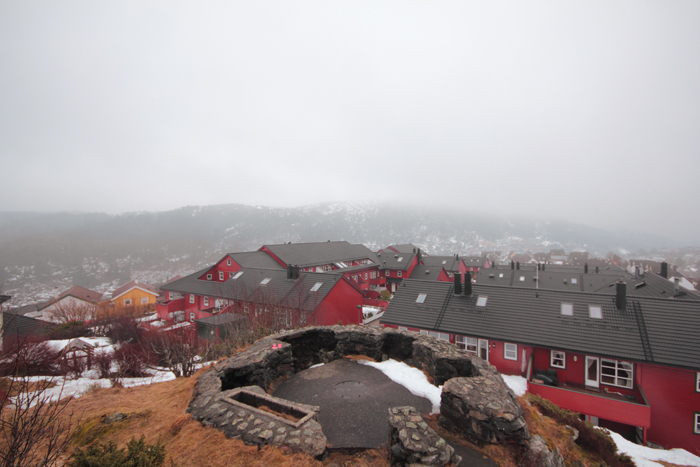 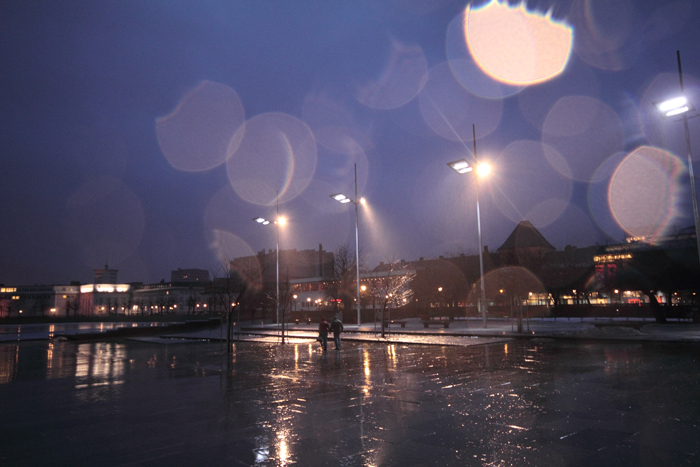 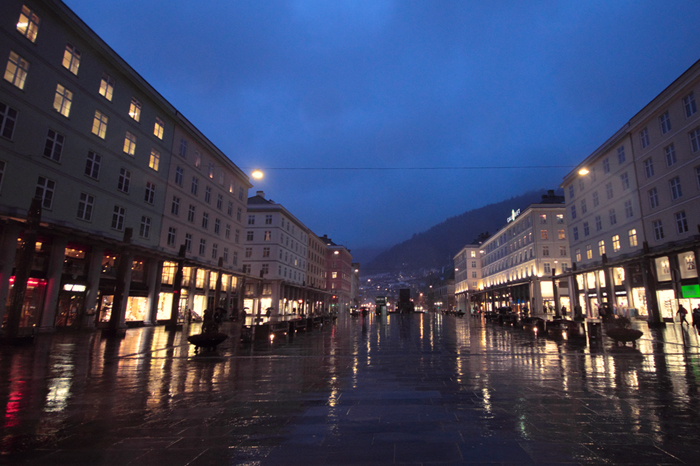