It’s funny how things go. I was reading something ‘on miracles’ recently — the general gist: we forget every moment that isn’t miraculous. Take this weekend for example — no less than five of my friends were in London, all for completely different reasons. We just… ended up there. All roads lead to London, or something. Most people would say ‘oh, what’re the chances?!?!’ but… think about it — think about all the times we haven’t all ended up in London. Are those miracles too? How about all the times we brushed our teeth at the same time, or watched a TV show?

Sorry, that sounded a lot deeper in my head… it looks a bit trite down on paper. Ah well.

Wild weekend, anyway! Lots of walking, eating, and laying in bed. No sleeping though; I’m still not sleeping very well. Recently I replaced most of my bedding with really expensive Egyptian ’300 thread count, long yarn’ cotton. I’d hoped it was something like that causing my quasi-insomnia… guess not. Turns out I didn’t sleep very well on a five-star super-deluxe mattress with an ‘OMG-this-is-so-lush’ (not my words) duvet. The breakfast though… the breakfast made up for the poor sleep. Seriously, check out a picture of the sitting room… 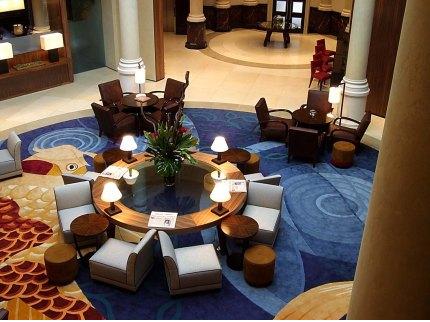 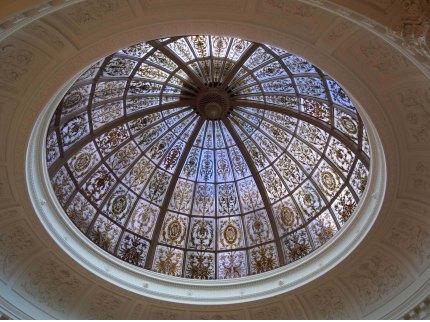 Yeah… that ceiling is some 50 feet (15m) above you. I don’t think I’ve ever told you how much I love tall ceilings. There’s something about doors that are 15 feet high and fireplaces that you can walk under. Maybe it’s the being dwarfed that so appeals to me — a bit like the sensation when I see someone taller than me (very refreshing… and nice to not stick out quite so much…)

So I guess I owe you some bullet points, instead of some rambling thoughts from the weekend. Here goes.

Darn, this was meant to be a short entry so I could catch up with other things. I have some photos (including a nice one of me naked, on a bed) coming up later today (52 Weeks), and tomorrow.

My cousin doesn't know about it yet… a LAN experiment

Looking through the window