Oh come on, it’s almost as if they were named for the sole purpose of creating mirth and uncontrollable bouts of the giggles. Why oh why are they called TITS? The derivation would suggest it comes from some old meaning of ‘tit’ that means small, or perhaps similar to ‘tip for tap’ (tit for tat). Anyway, here in Sussex, we have lots of tits. Every year we seem to have more, probably because they tell tales of our house during their long and boring migrations: ‘Yeah, there’s this place… lots of tall trees… a pond… a fat woman that puts lots of seed out… it’s great! Come visit next season!

With it now being spring — despite occasional flurries of sub-zero temperature – we also have all of the baby birds. Just a few days ago, my mum saw some little fluff ball jump from its nest and land head first in a big bush with a small thud. I can only assume that the birds that star in today’s video are also young, or simply a little retarded. These long-tailed tits just kept flying into the window! Maybe they could see their reflection, or maybe they just didn’t know better; thud, scratch, scratch… thud. For more than an hour!

You probably saw my dramatic video of two robins fighting for seed the other day, but in my opinion a couple of birds buzzing about like window-licking bumble bees is far more exciting. Did I mention this video has my cat Monaco in it, trying to catch birds through double glazing? Yeah, now you want to watch it! Go on, click!

I know the aspect is all wrong. I only realised afterwards that it would be the wrong way around. I’m a photographer through and through! It’s OK if you watch it full screen though. I was going to upload a ‘sideways’ version, but you’d just end up tilting your head and looking stupid for four minutes.

Anyway, for those of you resolutely not watching the video, here’s a couple of photos, of the tit and of the cat; of Tweety and Sylvester. 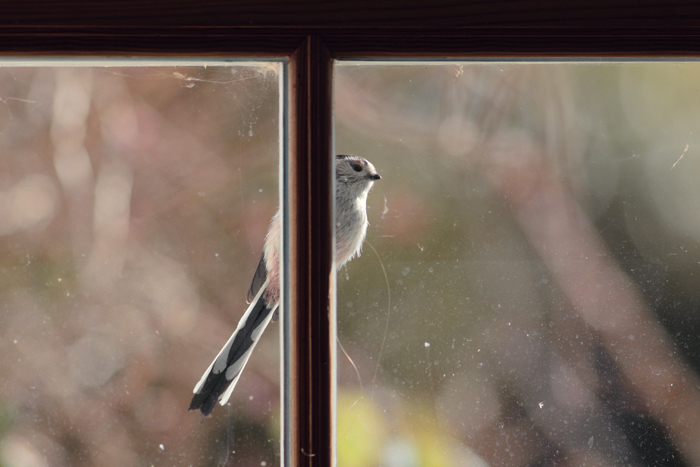 (I’m not sure what she’s perching on… a tiny strip of wood? She didn’t hang about though, as you can see in the video.) 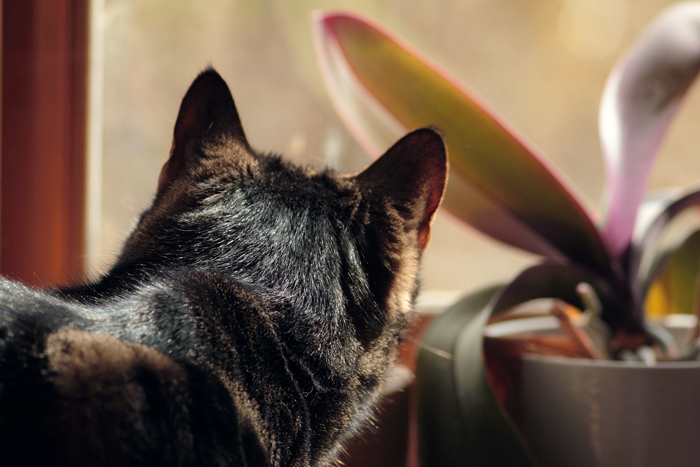 (Sorry… cat picture… I know… lowest common denominator and all that…)

28 of 52
Getting my travel horn on, and blog lockdown