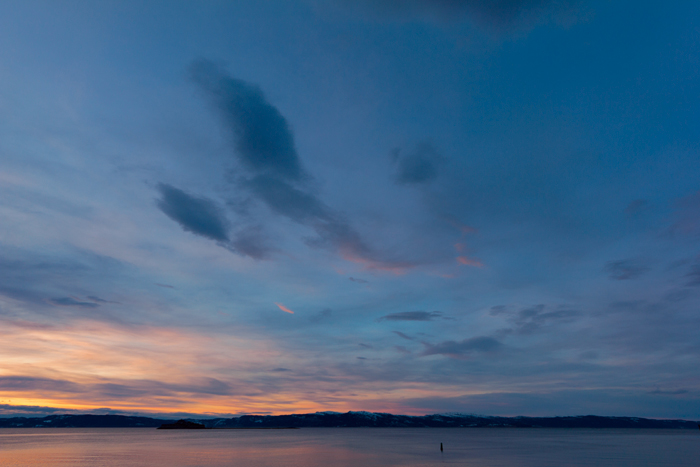 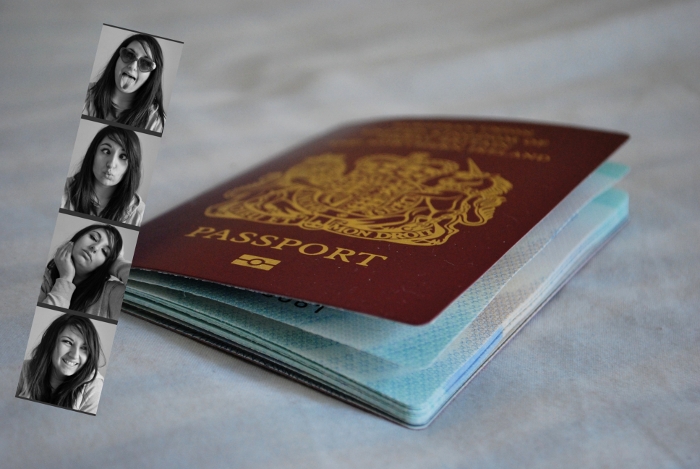 It’s views like this that make all the pain and suffering and drinking and debauchering tolerable though. I sat by the harbour for two hours, watching the sun slowly set. From bright blue and gold, to purple and orange, and eventually to the darker sapphire and pink.

This is a few minutes after the peak, as the ambient light starts to fade, but as you know, I love my muted beauties.

Lots more stories and photos to share, but after I’ve had a little sleep…
* * *
Abi: Here it is. Several pages, a photograph and a microchip of hassel. I’ve not come out and announced this here yet, but I am flying to Australia in a day or two to see my sister, who lives in Perth. The whole thing was a bit of a last minute thing so I have not wanted to talk about it much here. I have also had the additional hassel of trying to renew my passport. The cost to renew the average UK passport by the usual 2 week method costs in the region of £80. You can opt for one week service which costs about £130 or one day turnround which I didnt even look into! The latter methods require you to actually be present at a passport office- something which my job would not allow me to do so I did what no sane person should do. I risked it. For the last 14 days I have been fearing that this important document would never appear, that my time off work would be wasted and that I wouldn’t get to see my Sister. Further panic was added to the mix when it dawned on me that it was Easter and thus a bank holiday, something which could potentially delay the post by a further three days!

And then, Saturday. It arrived. I’m just waiting for my flight details.