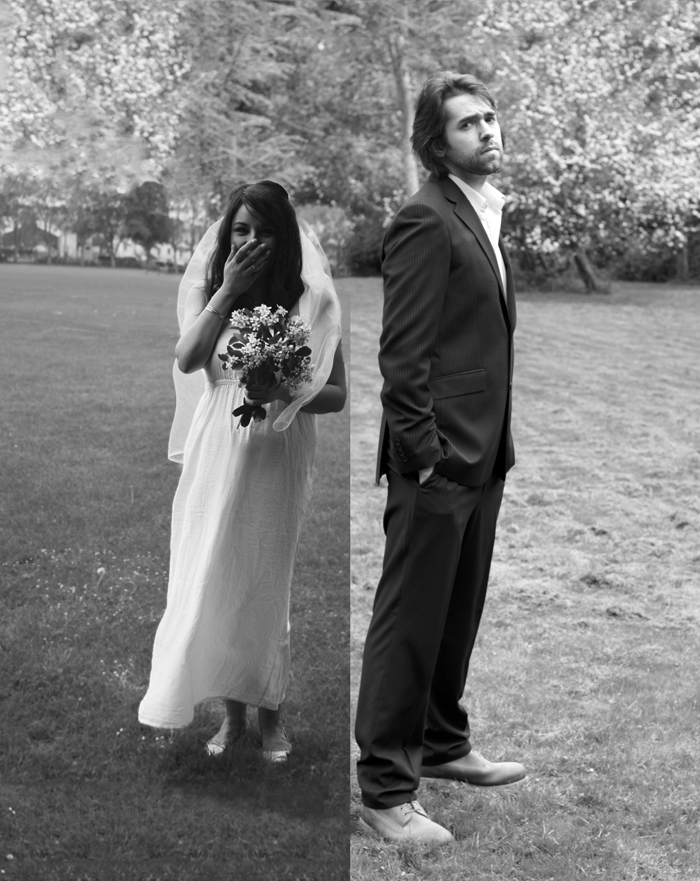 Abi: I’m not sure exactly when I gained an Internet Husband…. somewhere around 12 months ago, maybe later. What I am sure of however, is that there was no proposal, no prenup and ultimately, no party.

We didn’t notice the honeymoon when it was happening, and we certainly didn’t acknowledge the blissful getting-to-know-you stage for what it was at the time. We did however, visit the town of bicker-ville, whilst occasionally taking a scenic stroll through the land of not-letting-it-lie. He infuriates me, I know I infuriate him and am sure he only winds me up so we can make up again.

And yet… like the most weighty ball and chain… he hangs around. (I would say like a cocroach but that is no way to talk about one’s internet spouse.)

* * *
Seb: An Internet marriage can be very gruelling.

In many ways our Internet marriage is comparable to its real life counterpart. We had a honeymoon. We bicker. One of us nags. One of us is is a bread winner, while the other merely makes bread.

What’s shocking though is just how fast it has happened. The honeymoon passed us by without either of us realising, I think. Cyber bliss flourished and rapidly wilted into wireless bickering.

But it’s not all bad. If it was, we wouldn’t still be here!

Abi and I are, I believe, both the victims and exponents of modern technology. The Internet is powerful: it makes things both fast and easy. The Internet propelled Abi and I together in an instant. The same relationship would take months or years to develop in real life. But at the same time, either of us could walk away at any moment.

The best thing is, I bet we’re not alone. I bet people are enjoining virtual marriages all over the world. God knows I have almost zero real life friends. The Internet terrifies me.