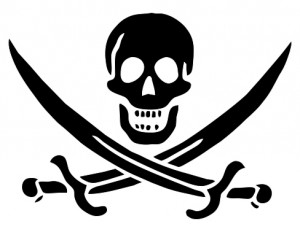 I had this crazy idea just before I fell asleep a few days ago. What if… what if consumable art and media was proportionally priced?

What if music CDs had a sliding scale of cost, from $5 through to $20, depending on your current net disposable income? What if a student could buy a video game for $10, while an affluent worker must pay $50 for the same product?

I’ll just get this out of the way at the start: is this a completely crazy idea?

I’ve been churning it over for a few days and nights now and I fail to see an obvious flaw.

The implementation wouldn’t be easy. You have to stop students selling their copies to affluent workers. You would have to keep track of everyone’s disposable income.

But these are problems with workable solutions! You might not like exposing your disposable income, but you could always make the system opt-in: don’t expose your income and you simply pay the full price. Your ‘price band’ could easily be stored on your credit card or similar: you wouldn’t have to tell the store clerk how much you earn. As for selling your cheap copy to someone in a higher price band… we’re now into the domain where this system would truly excel: the digital, online domain.

Yes, I’m talking about digital rights management: a dirty term with an awful reputation. But hang in there. You would have to expose your identity, and thus your price band, while online. The online shop — Steam, Amazon, etc. — would have to know who’s using the computer to make the purchase. There lots of single sign-on systems available (Facebook, OpenID, etc.) that could be used for this purpose. Again, the only additional info you are exposing is your net disposable income.

As with all digital distribution methods, there are loopholes. Yes, MP3s will still be pirated, but that’s not the point — this system isn’t about destroying piracy, it’s about creating a new sales market. iTunes and Steam have proven without doubt that people want to pay for the music and games that they enjoy. A student with no money isn’t going to save up to buy a $20 album when they can pirate it for free. If a student can buy the same album for $5, surely everyone wins?

Now replace ‘student’ with ‘anyone not living in a Western country’. A vast percentage of worldwide piracy occurs outside of Western nations. In Malaysia you can buy a $50 video game, or feed yourself for a month. What if you could buy the game and feed yourself at the same time?

There are more advantages too! Proportionally priced art and media is the ideal hook. The poor students of today will become the rich workers of tomorrow. Hook them on $5 for an album and they won’t baulk at spending $20 when they have the money. With your disposable income exposed, either via your online identity or your credit card, there is also the opportunity to price anything using a sliding scale: Tesco or Walmart could offer cheaper bread and pasta to those with lower incomes; EasyJet could offer 10 cheap plane tickets for students on every flight — richer people could be charged more…

Despite what it looks like, this isn’t actually a system for squeezing more money out of the consumer. This is an enabling system. Intellectual property should not be arbitrarily priced. A book or CD or DVD should not have the same price across the world just because the words and music have the same inherent value. I won’t go as far as to say that humans have a right to art, media and culture but I do think they should be accessible to everyone: that’s what this system sets out to accomplish.