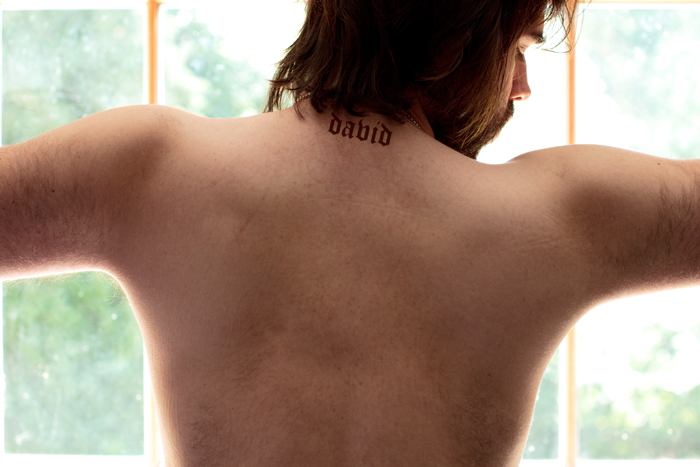 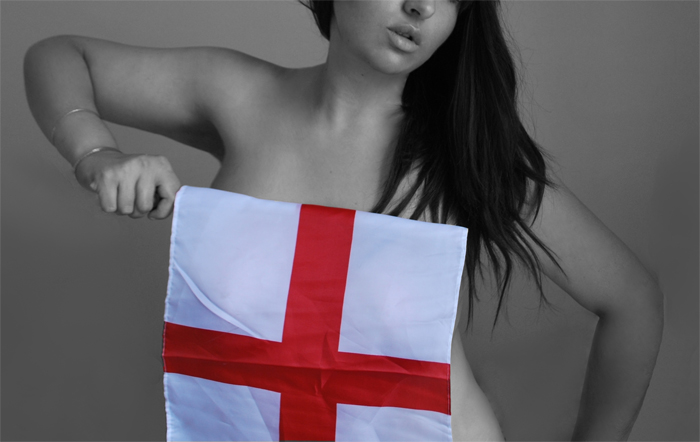 England & Get Yer Kit Off!

I supported a team once, when I was a teenager, when I had a best friend. I supported the same team as him because… well… you don’t just sit there in silence when the rest of the household are red-faced and screaming at the television. It’s just not done.

I supported them for a few years; never did see an actual, live football match though, and I rarely watched them on television. I do try to watch England’s international matches, and I think I understand enough of the game to appreciate it, but I really only really watch because it’s the done thing. I can’t turn up at the (figurative) water cooler tomorrow and not know exactly how Lampard rocks or why Heskey sucks.

Anyway! I actually used to play football. I never really learnt to run, so I was usually in goal, or in defence; right back. (Are you meant to be taught how to run, or does it just come naturally?) I wasn’t very good in either position, but you can’t just side on the sideline and watch… that’s just not done.

I should probably take this chance to wish the Americans well in the World Cup! No hard feelings, eh? What with our group game out of the way, we’ll probably both advance to the quarter finals — and after that, we can only meet in the grand final!

* * *
Abi: Football, Football… Not really something I would say I am into.

I don’t support a regional team, nor have I fancied a player since Gary Linekar (did I just say that out loud?) I have never dated a man who is into football, (okay one or two, but they dont count) or generally been into preamble, Alan Hansen or Carling Black Label. I realise this may lose me a lot of fans, but I’m more interested in Tennis, Rugby and Figure Skating. I did go out with a guy who was into Aussie rules Football, which was an education, but as for the Football, (No Americans, it is definately NOT Soccer) I do have a fleeting interest in our World Cup campaign but that’s about as far as it goes.

Saturday’s game against the USA was really, freaking dull. I went into the city to shoot some pictures of the crowds assembled in Queens Square. I have honestly never seen so many topless men in one place, it was like auditions for Celebrity Love Island. Anyway, I’m not sure if any other country does this when it comes to major sporting events, but the UK is currently obsessed with these little flags which clip onto your car. I don’t know if I missed the announcement or something but suddenly everyone has them. I vaguely remember them being around during the last World Cup, but not in quite such vast numbers!

It is only during major sporting events that one is reminded of ones Britishness. Sometimes I am proud to be English, sometimes I am am embarrased. On the whole I think that a sense of National Pride is a good thing. It’s a shame that (unless by some miracle, we win the damn Cup) right now we are best known for a Hung Parliament, Cups of tea, Bad teeth and Clip on St Georges. It’s not a big ask Boys, win already.

On Vonnegut and driving and Montenegro
Michael Shermer: The pattern behind self-deception