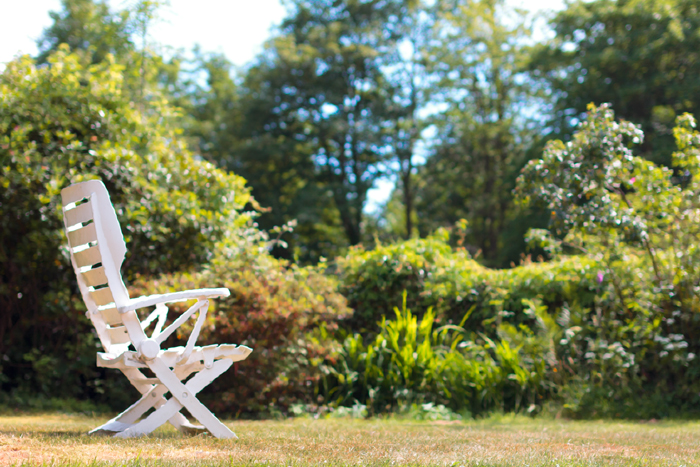 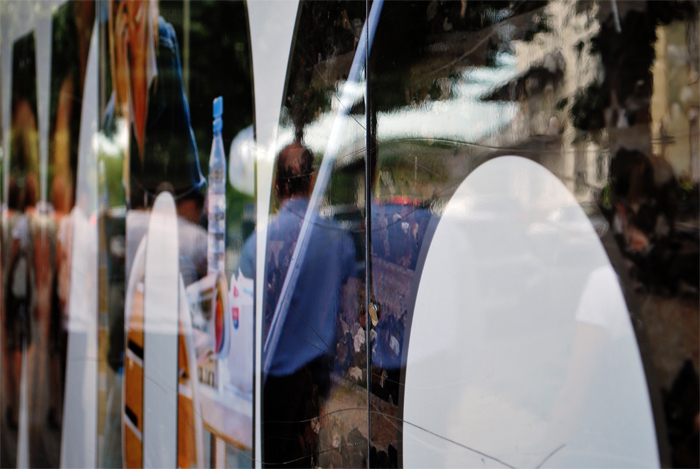 The Chair & The Commute

Seb: It might not look like much — and the arm lock is broken on one side, so it limps and wilts to the left — but it’s my chair.

I have written short stories, blog posts and treatises on human nature — all from a dirty white deck chair. It’s where I read, too. I finished Pride & Prejudice to the sound of birds tweeting at me from their nestled seclusion just a few feet away.

It’s also where I get my regimented 15 minutes of sunshine every day, to keep the Vitamin D stocks up. At 3pm every day I emerge from my bedroom and perform an excellent impersonation of a small subterranean animal. After ten minutes I begin to open my eyes… and five minutes later I scamper back into my bedroom, to the warm glow of my four computer monitors.

Despite the tranquillity of this shot — check out the heat haze obscuring the chair! — it was actually taken at half time during the England vs. Germany match. I actually wanted to burn a flag on the grass… but I don’t own any England flags. How miserably unpatriotic.

I need to buy a bike. I walk to and from work every day and after much experimentation with routes, have finally settled on a path that is pretty AND quicker than the others I had been taking. It takes me over the river, past the floating harbour and through Queens Park. The only thing that would make it perfect is the bike, so I’m working on that. It seems that I am not alone in choosing this as the best way into the city. A lot of other people seem to favour it too and at certain times of the day it can get pretty busy!

I took this on my way home this evening. Reflected is the Louisiana Pub near the Floating Harbour and some guy with a bald patch. But we know nothing about him apart from the fact he walks into work like I do.

Insomnia, but not quite?