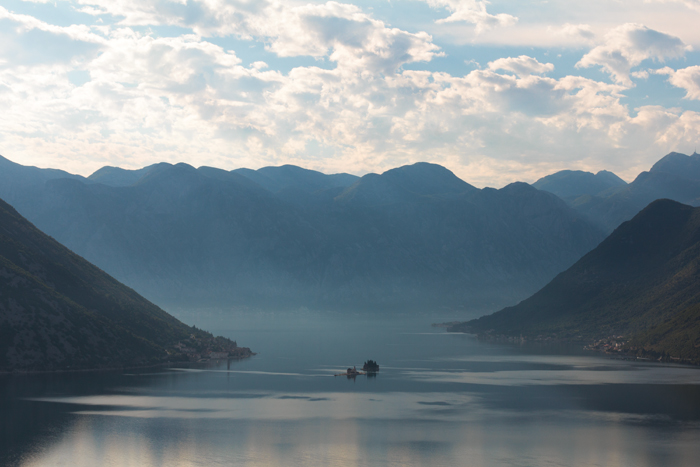 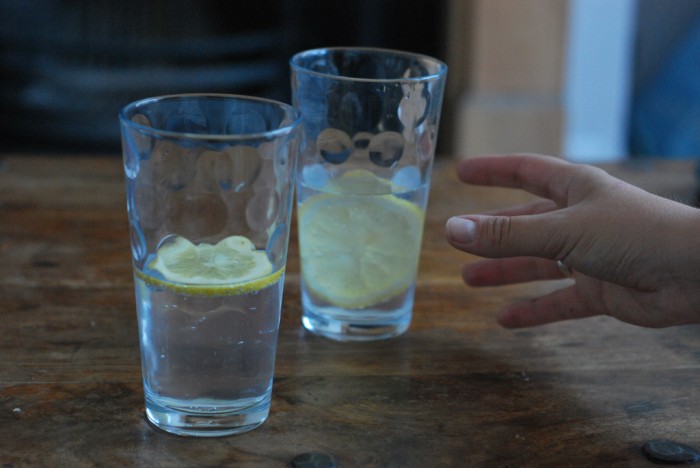 Seb: After two weeks I can now speak Montenegrin! Well, if sentences could be made out of modifiers, adjectives and expletives, that is.

Here are a few choice phrases:

It doens’t really work on paper, but when accompanied with gestures and expressive modulation of volume, it’s surprising what you can do with a vocabulary of just 50 words. The great thing about sentences without nouns (I do know a few, but let’s face it: ‘water’ isn’t very flexible) is that you can shoehorn almost any emotion with the right shake of the head, finger point or enunciation.

Anyway, regarding this immense landscape and these two little islands. The island on the left (St George) houses an ancient monastery (possibly from the 9th century), while the island on the right (Our Lady of the Rocks) is man-made — or rather, built up from a tiny rock in the water. Over the last 600 years, people have sailed out from Perast (on the left) and dumped rocks in the water. They also used sunken boats, or indeed any other detritus that made for good foundations. Finally, they built a church. This man-made island was so famous that important nobles from all around the Adriatic Sea donated oil paintings and gold coins (that are still hoarded inside!)

But why did they build the island? Because some sailors found an image of Our Lady (The Virgin Mary) on the small rock. I don’t know if they found an actual painting of Mary, or whether her visage was somehow engraved on the rock, but… still… it puts the whole ‘Face of Jesus found on piece of toast’ thing into perspective.

Abi:I tend to do my socialising in huge chunks. I’m the kind of person who will go out every night for a week, then stay in for a month. I’ve not been a regular weekend drinker since University because the whole scene does not really suit me. I’d rather go see a band or a show, or something.

Having said that, this week just happens to be one of those weeks where everything is happening, I’ve been out for five consecutive nights and again last night as part of my friend Nic’s hen/stag celebrations. This baffles me because I am totally and utterly strapped for cash right now and haven’t managed to spend a great deal. I guess one advantage of not going out and partaking of alcohol regularly is that I am a shameless lightweight. After this Gin and Tonic here I was already tipsy.