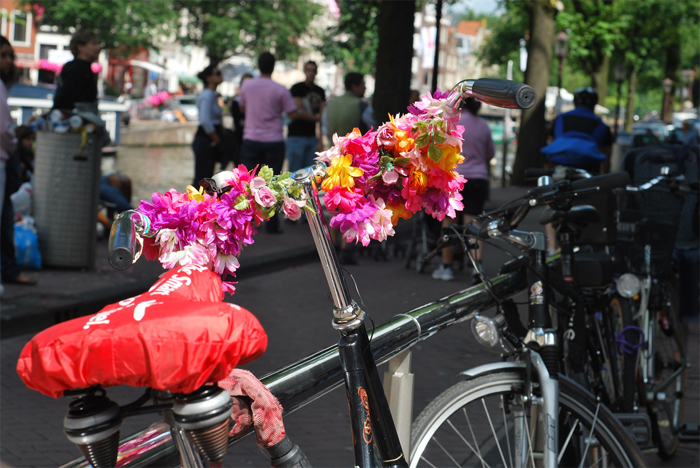 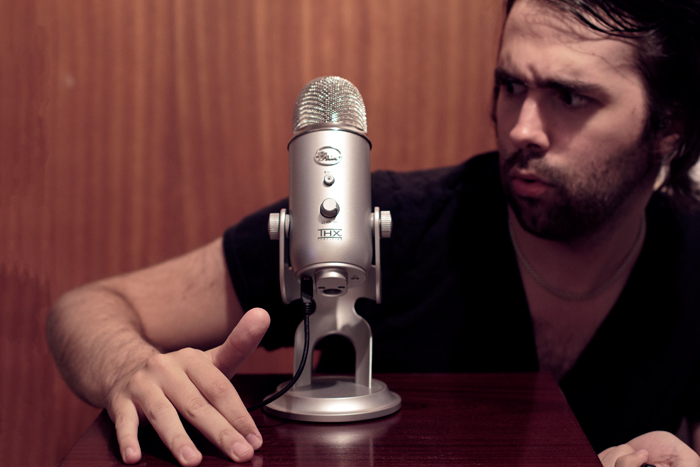 Abi: Apologies for the lateness of this week’s upload, I’ve been in Amsterdam! When my friends and I planned this trip a few months ago, we had no idea that the weekend we chose happened to coincide with Amsterdam’s Gay Pride event. Imagine our surprise to wander down a quiet side street and find thumping dance music intersecting with another Latin beat from another party in the next block! I rarely say this about events in my life but this was honestly like something from a film (think this bit in Ferris Bueller’s Day off, only with more beautiful Gay men and you’ll get some idea of what I am talking about). It was awesome, much dancing ensued.

Anyway, as a consequence of these events, the city was COVERED in pink tickertape, for one glorious weekend EVERYTHING was pink. There is surely nothing more fitting then, than this pretty floral bicycle (complete with revellers from the night before in the background) here on the Prinsengracht Canal.

Seb: I’ve always said that a big man needs a big microphone, and boy is the Yeti big.

For years I’ve used cheap (and not so cheap) computer microphones. They work, but I’ve always felt that they haven’t quite done my voice justice. You see, my voice has a very rich, warm timbre and most microphones just don’t have the right frequency response to capture my specific tonal qualities.

But that’s all about to change with my Blue Yeti! Finally my virtual and online friends can hear what I REALLY sound like. It also has the added bonus of making me sound like a (late-night) radio DJ — and if I get right up on top of the microphone, apparently it’s almost as if my voice is coming from — and reverberating — within their skull.

I’m planning to do a little more podcasting too, when things calm down. Hopefully in a week or two. I’m still trying to sort through photos from Montenegro! You can’t really see in this photo, but I have quite a nice tan…