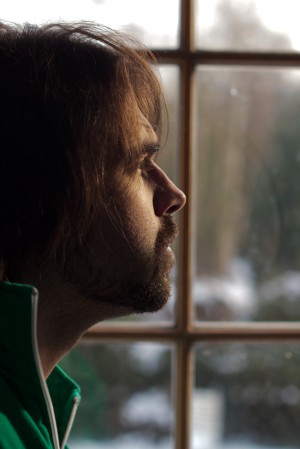 [Due to some RSS feed issues, you are probably seeing this post a bit late... I wrote it last week!]

I feel a bit of an arse: 2010 was probably my favourite year to date, yet I’ve written almost nothing about it. Not only will this monumentally suck in a few years, when I pore through my blog archives, and find almost nothing from 2010 — but it must also royally blow for anyone that stops by to read this blog.

While I can’t really make up for despicable lack of blogging in 2010, I figure a recap is probably the best solution — at least for now. Ultimately, I will write up everything that’s happened, but just like most of the stories already on this blog, they may take a few months or years to reach fruition. Stories — experiences — need to ripen, and for that to occur you need time to reflect. It’s fast becoming apparent that the only time I get for reflection is when I travel, on planes, on trains — so when I’m creating new stories, new experiences, I’m busy thinking about my last trip… and it all congeals into one big messy clump of narrative.

Basically, I find it very hard to write about things that have only just happened to me. Probably because I overthink things — or perhaps because it’s all still too raw.

Christmas is also a time for reflection — heck, between the eating and unwrapping of presents, there isn’t a whole lot more to do — and as a result, the stories have begun to percolate through the mashed-up mess of my mind. Drip. Drip. Here’s a brief overview of the happenings and epiphanies of 2010, and hopefully a taster of some of the stories that I’ll be ready to write in 2011.

I warn you, this will be a fairly brutal, uncensored list. The flowery prose doesn’t come until a bit later. Names and any other identifying bits have been removed — this is also not in chronological order, so don’t try to guess which bits pertain to you.

Obviously, in writing this list, I triggered a ton of other memories, which is why I seem to have spiraled out of control — but I have decided to stop here, lest it goes on for ever.

Looking forward, I have an exciting year planned! Driving, traveling, maybe even dating. Or at least hanging out with real life friends. I guess those are my New Year’s resolutions, too.

I know I’ve said this before, but I also intend to do more people photography in 2011. Seriously — it’s about time. But because I don’t have anyone to photograph (yet — I have to work on my friends, remember?), I’m going to photograph… myself. Yes, I’m going to do 365; I’m going to take 365 photos of myself, from the 1st of January to the 31st of December 2011.

I know what you’re thinking — BUT DON’T WORRY! I’M NOT A NARCISSIST!

I’m not going to show off, or wear skimpy clothing. I doubt I’ll even put a whole lot of effort into each photo!

I just want to learn more about photographing people — about light, and angles, and how to best capture the human face. As a corollary, I’ll also learn a lot about my own face, and how best to utilize it — which may come in handy a bit later.

I’ll take this opportunity to apologize in advance to those that don’t like my face. I’m afraid you will be seeing a lot of it around here, and on Flickr, for the next year or so…