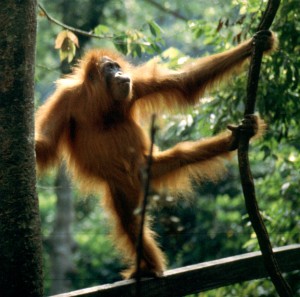 It has slowly and insidiously come to my attention, over the last two years of ‘pro’ writing, that most bloggers seriously struggle to compose cogent sentences that other humans can comprehend. Apparently it’s actually hard to put words together in a way that conveys your thoughts. I don’t want to point any fingers — that would be rude — but it’s safe to say that the problem is endemic to blogging, and almost every site has at least one writer who just can’t write.

Lest I come across as some kind of authority, or holier than thou, I should preface this by saying that I have no formal instruction in writing. I know scant few parts of speech — I have no idea what a past participle or direct object is — and that the last time I actually learnt about the structure of the English language, from a book or teacher, was 11 years ago. Between reading Romeo & Juliet and Animal Farm when I was 15 (in 1999!) and starting this blog at the end of 2008, I barely wrote a thing.

Now, just 30 months later, I’m being paid by Ziff Davis to write for, and edit, ExtremeTech. [Yes, it does look like the vestigial stump of Web 1.0, but it's being relaunched soon!]

How did I get the job? I’m not the fastest or bestest blogger in the world, and I didn’t wank the tweets or beg other bloggers for reciprocal links. My friends lists on Facebook, Twitter and Flickr are in the hundreds rather than thousands, and I only partake in a bare minimum of ‘networking’. Really, all I did was write. Every day, for a year — for the entirety of 2009 — I wrote a post on this blog. I wrote about everything — for fun, because I hadn’t written anything in 10 years, but mainly because I wanted to learn how to write. It was a learning process, and I’m sure there were lots of failures along the way — but by the end of that year, I actually knew how to write! Looking through my archives, you can actually see the improvement. Every blog post is a little tighter, a little more structured, a little easier to read.

Then, at the end of 2009, and rather by chance — but you make your own luck! — an editor at Download Squad clicked a link to my blog. I think he read a post about the best places I’ve had sex — but no matter: he offered me a job writing about software.

“Pfft, it’s just like writing about sex! You’ll work it out, don’t worry.”

And that’s how it all began…

Is writing, like most other things, mastered by repetition? I don’t think so — after all, bad ‘pro’ bloggers, despite writing thousands of words a day, are still bad bloggers.

No, there’s much more to writing than merely putting pen to paper and praying that the end result is good. 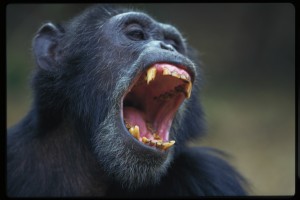 “There arises from a bad and inapt formation of words, a wonderful obstruction to the mind.” - Francis Bacon

The prime reason behind reading things aloud is that it forces you to slow down. You can skim read a sentence in a fraction of a section — but what’s the point? Reading it out loud forces you to actually think about what you’ve written. By reading something aloud you have time to analyse a sentence’s structure and flow, and your choice of words. Reading aloud identifies which words and punctuation feel clunky — and put simply, if something doesn’t roll off your tongue, it will confuse and slow down your readers. Reading aloud also identifies parts of sentences that drag, or don’t flow well together.

Writing a bad, pointless, or ill-conceived sentence can ruin an entire story. Likewise, placing a sentence in the wrong place can completely destroy the flow of a post — and without flow, you can’t wrap up with a killer conclusion! Reading aloud — or at least slowly and analytically — is the only way to make sure what you’ve written is actually readable.

I don’t know about you, but I actually get angry when I read a crappy sentence. If the sentence is bad enough — if it makes me backtrack to the previous sentence and start again — I usually wipe the offending site from my feeds. 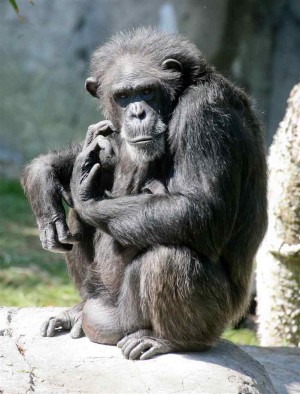 Second, put your gonads on the line

“… in this world nothing can be said to be certain, except death and taxes.” – Benjamin Franklin

Franklin is right, but he misses the point: while nothing in this world is actually certain, humans absolutely love things that appear certain. We don’t follow the uncertain leader in to war — and, worse than that, uncertainty is deeply associated with weakness, one of the most reviled of human traits. If one friend says “we should go watch a movie and eat some good food! It will be fun!”, and another says “maybe we should stay in, rent some films or something”, who are you likely to follow?

The same applies to writing. Basically, the human brain wants to wholeheartedly agree or disagree with the data it reads — and it can only do that if the words are written with certainty. You don’t need to lie or overplay your hand — it’s OK to say “this eventuality might lead us to war” — but at the same time, don’t write in a way that covers your ass. As strongly as your ego disagrees, it’s OK to have an opinion that turns out to be wrong! As a writer, it’s not your job to always be right; it’s your job to write words that successfully convey the information you’re trying to share.

The fact is, you’re not necessarily trying to get everyone to agree with what you’ve written! You are simply trying to get readers to engage with your writing. Whether they agree or disagree is inconsequential. They have been forced to engage with your words and to form an opinion — and we humans love nothing more than forming opinions! While you might not end up with a readership that loves you, you can be damn sure that they will carry on reading — and hopefully, that’s what you want.

Here’s an example, just so you know what to look out for:

The scope of weak and strong (certain and uncertain) language is vast. To get you started, though, here are some words that will make your writing both weak and uncertain: kind of, fairly, pretty, maybe, don’t know, neat, OK. Additionally, don’t start a sentence with so or well — and but is only marginally better.

By obeying just these two rules your writing will become both more readable and a lot more engaging. There’s still a bit more to cover, however!